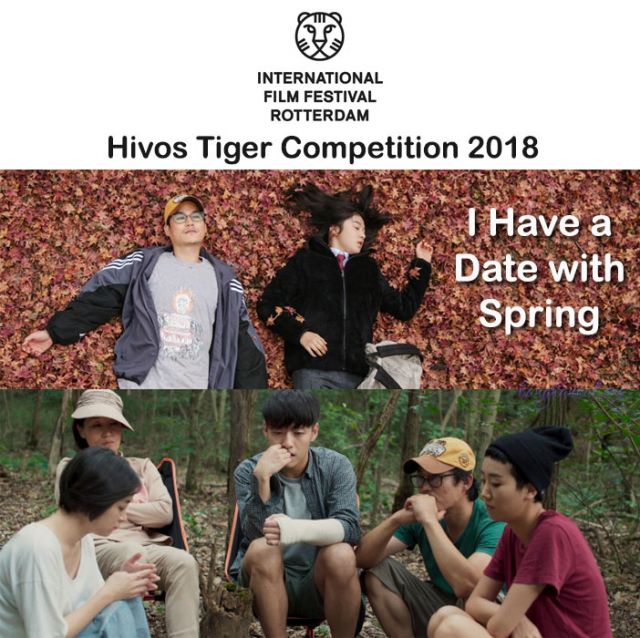 Korean movie "I Have a Date with Spring" is among the eight films vying for the most prestigious award at the 47th International Film Festival Rotterdam (IFFR) currently taking place in The Netherlands (January 24 to February 4, 2018). The competition line-up (below) includes seven world premieres and one international premiere.

"I Have a Date with Spring", Baek Seung-bin, 2018, South Korea, world premiere

In addition to international recognition, the Hivos Tiger Award includes a cash prize of €40,000, to be divided between filmmaker and producer. An international jury of five filmmakers and film professionals will also select an exceptional artistic achievement within the Tiger nominees to receive a Special Jury Award worth €10,000. Both will be presented at the Awards Ceremony on Friday, February 2, 2018. 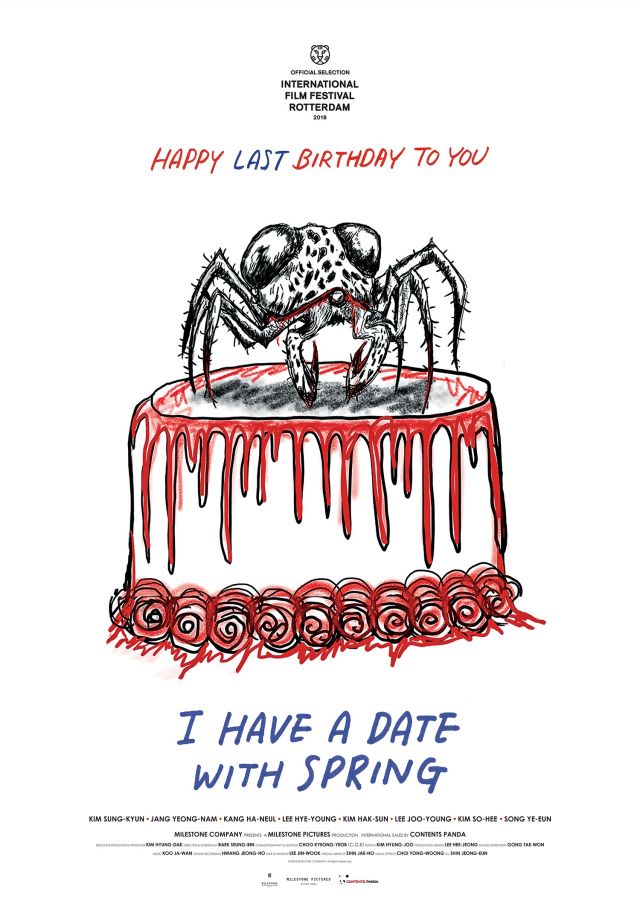 "I Have a Date with Spring" is feature film directed and written by Baek Seung-bin. It is a mystery black comedy that tells about a filmmaker who struggles with a script revolving around the hypothetical question: what would you wish for on the last day before the end of the world?

For more information about the IFFR, please visit the official website.