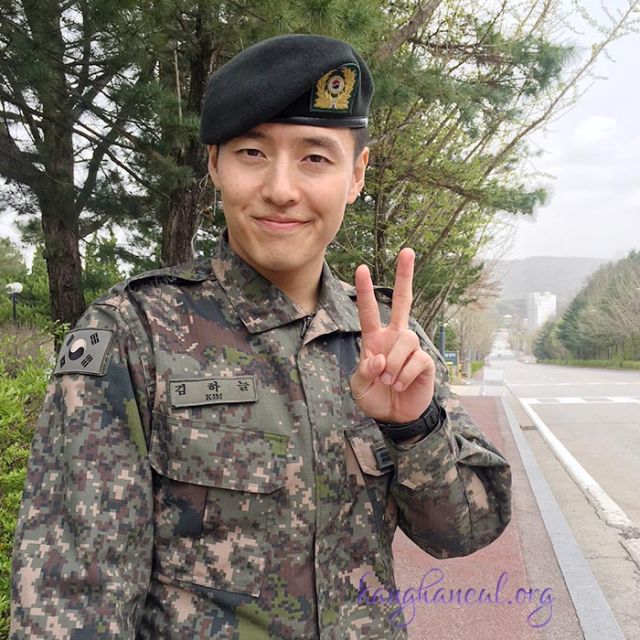 On July 3, Korean media confirmed that celebrity soldier Kang Ha-neul is to take part at the upcoming military musical production that will be staged in September.

With the announcement of their participation, expectations for this upcoming production are very high as these three have a lot of musical acting experiences under their belts.

Set in 1910, "Shinheung Military Academy" tells the story about Korean freedom fighters who established a military school that trained patriotic Koreans to fight for independence against Imperial Japan in order to regain the country.

The production will be directed by Kim Dong-yeon (M. Butterfly, 2017; Hamlet: The Play, 2016; Infinite Power, 2014-2018) and co-produced by the Republic of Korea Army and Shownote Company (200-pound Beauty, Bridges of Madison County,Hedwig). Rehearsals will commence this month in Seoul.

Twenty performances will be staged starting this September at Theater Yong, National Museum of Korea.

As 2018 is the 70th anniversary of the establishment of the Republic of Korea, more performances to commemorate this important historical event are planned to be take place in other parts of the country until the end of the year.

"[riversky's Take] Kang Ha-neul Confirms Participation in Military Musical"
by HanCinema is licensed under a Creative Commons Attribution-Share Alike 3.0 Unported License.
Based on a work from this source