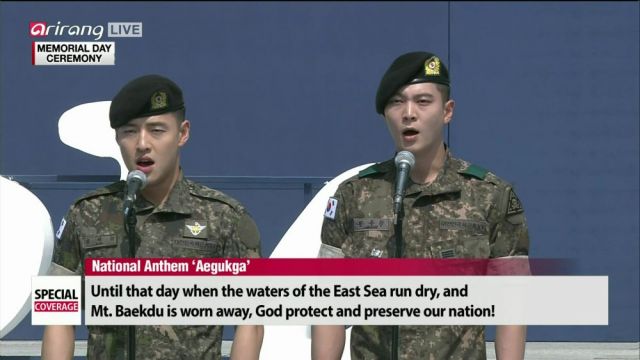 Kang Ha-neul, together with fellow celebrity soldiers Joo Won, Ji Chang Wok and Im Si Wan, looking dignified in their military uniforms proudly led the recitation of the pledge of allegiance to the South Korean flag and the singing of the national anthem, "Aegukga"/"The Patriotic Song" before the crowd estimated at more than 10,000.

In addition, they participated in a mini concert where they sang a memorial song with singer Choi Baek-ho and the rest of the enlisted soldiers from the air force, navy and army. 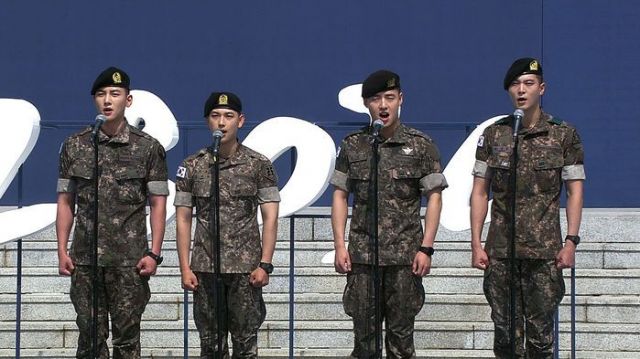 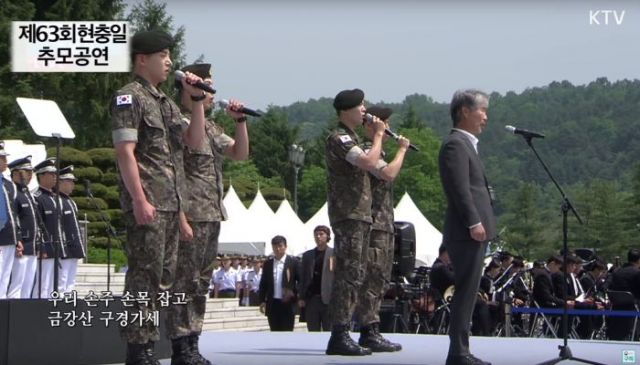 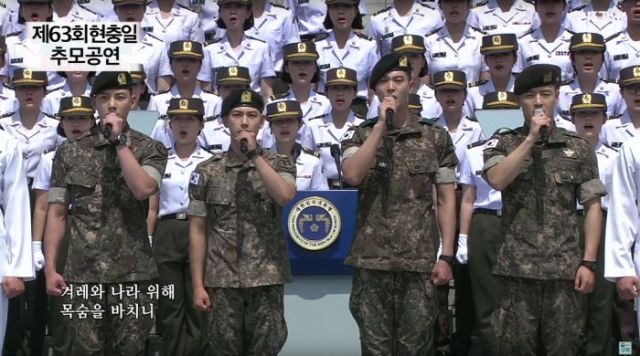 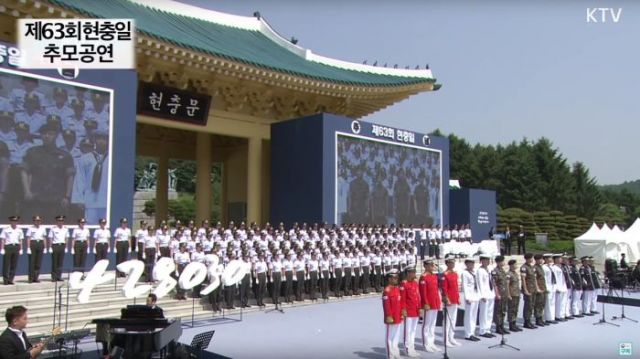 The Memorial Day is the official remembrance day in South Korea. It is celebrated annually every June 6th to honour and commemorate the country's patriotic martyrs and heroes who died during the 1950-1953 Korean War.

In attendance at this year's ceremony were South Korean President and Commander-in-Chief, Mr. Moon Jae In and the First Lady, the leadership of the ruling and opposition parties, military officers, bereaved families and veterans, among others.

The theme is "428030, In the Name of the Republic of Korea, We Will Remember You". The number 428030 refers to the number of patriots buried in ten national cemeteries and parks nationwide.

Meanwhile, actor Kang Ha-neul enlisted on September 11, 2017 and is expected to be released on June 10, 2019. He is serving as member of the military police motorcycle unit assigned at the South Korean Army Headquarters in Gyeryong City near Daejeon.

"[riversky's Take] Kang Ha-neul Participates in the 63rd Memorial Day Ceremony"
by HanCinema is licensed under a Creative Commons Attribution-Share Alike 3.0 Unported License.
Based on a work from this source