Korean actor Kang Ha-neul's hard work in training as military police officer has paid off as he was promoted from "private" to "private first class". The promotion came in the 2nd half of December 2017, which was approximately two months after the actor's last promotion.

In a recent photo released by actor Choi Jeong-heon, a close friend of the actor, Private First Class Kim Ha-neul is seen looking dignified in his military uniform and sporting two black stripes on the left side of his chest that indicate his new rank. 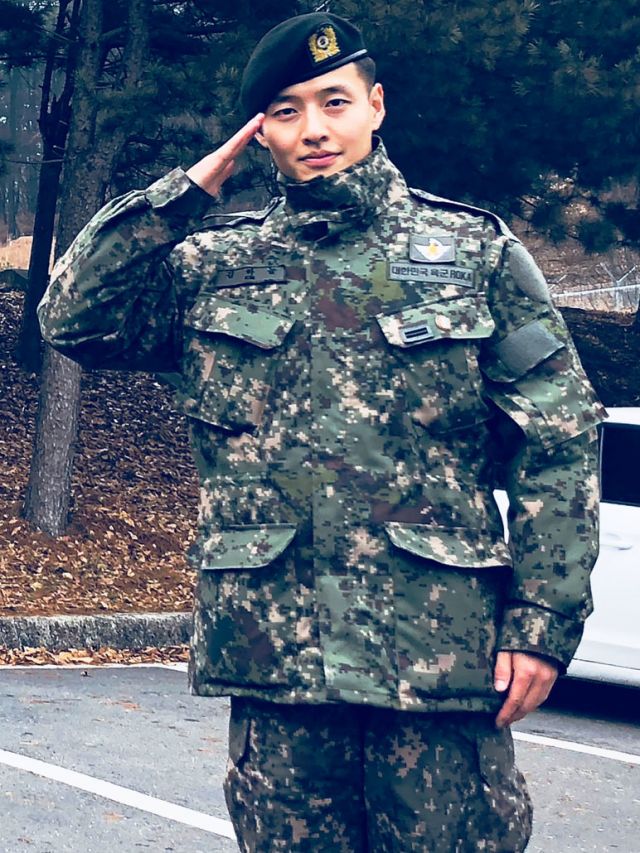 Kang Ha-neul started basic military training at the Nonsan training camp on September 11th. The completion ceremony took place on October 24th wherein he was promoted from "recruit" to "private" and was recognized for his exemplary performance at the training camp.

A three-week military police training followed at the Army General Administration School at Yeongdong County, North Chungcheong Province. After that training, Kang Ha-neul was expected to be dispatched to the Capital Defence Command as part of the motorcycle unit in Seoul, however he was assigned to the Republic of Korea Army Headquarters in Gyeryong City, Daejeon instead. He is foreseen to be discharged on June 10th, 2019. Meanwhile, mystery-thriller movie, "Forgotten", which was Kang Ha-neul's last movie before military enlistment, has almost ended its successful run in the Korean box office where it premiered on November 29th. The movie will be released internationally via Netflix in early 2018.

"[riversky's Take] Kang Ha-neul Promoted to "Private First Class""
by HanCinema is licensed under a Creative Commons Attribution-Share Alike 3.0 Unported License.
Based on a work from this source