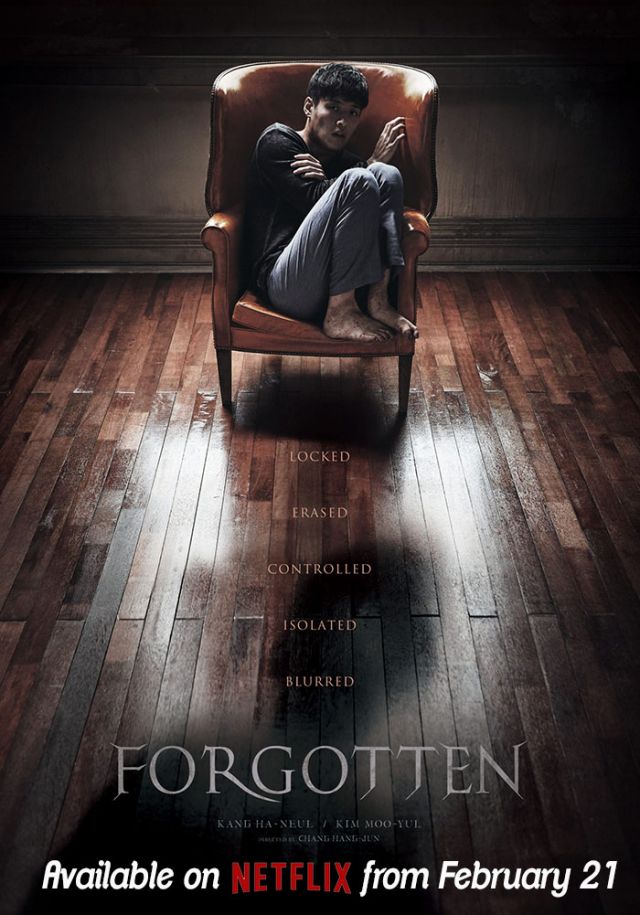 February 21 is indeed an extra special day for Kang Ha-neul's fans! Firstly, it is 28th birthday of the heartthrob, and secondly, it is the much-awaited international release date of "Forgotten" on online streaming giant, Netflix.

"Forgotten" was included in the Netflix originals February line-up announced on January 26. The movie will be released with English subtitles and will be available for streaming on the world's leading internet entertainment service in over 190 countries.

According to executive producer Jang Won Seok, also known for box-office hits such as "Tunnel", "War of Arrows" and "The Outlaws", the international distribution contract with Netflix was signed during the film's scriptwriting stage, a first for a Korean film. Jang said, "This suggests that the sophisticated storyline strongly appealed [to Netflix]. We have high expectations that this Korean-style mystery chase thriller will be much loved by audiences not only in Korea but also around the world". 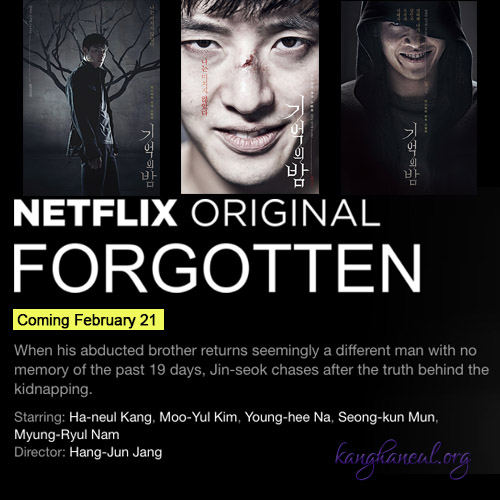 Written and directed by reknowned storyteller Jang Hang-joon, the movie will entertain viewers with numerous twist and turns and never ending suspense. The story is about an older brother (Kim Moo-yul) who comes back with memory loss and strange behavior after being kidnapped for 19 days, and a younger brother (Kang Ha-neul) who tries to uncover the mystery behind the abduction and in the process, ends up doubting his own memories. He eventually discovers a heartbreaking truth. The movie was released locally from November 29, 2017 to January 16, 2018 and grossed $9,988,136 USD.

Meanwhile, Kang Ha-neul is currently fulfilling his mandatory service as a military police officer at the Republic of Korea Army Headquarters in Gyeryong City, South Chungcheong Province. He is expected to be discharged on June 10, 2019. "Forgotten" was the actor's last movie project before his 21-month enlistment.

"[riversky's Take] Kang Ha-neul's "Forgotten" for February 21 Release on Netflix"
by HanCinema is licensed under a Creative Commons Attribution-Share Alike 3.0 Unported License.
Based on a work from this source