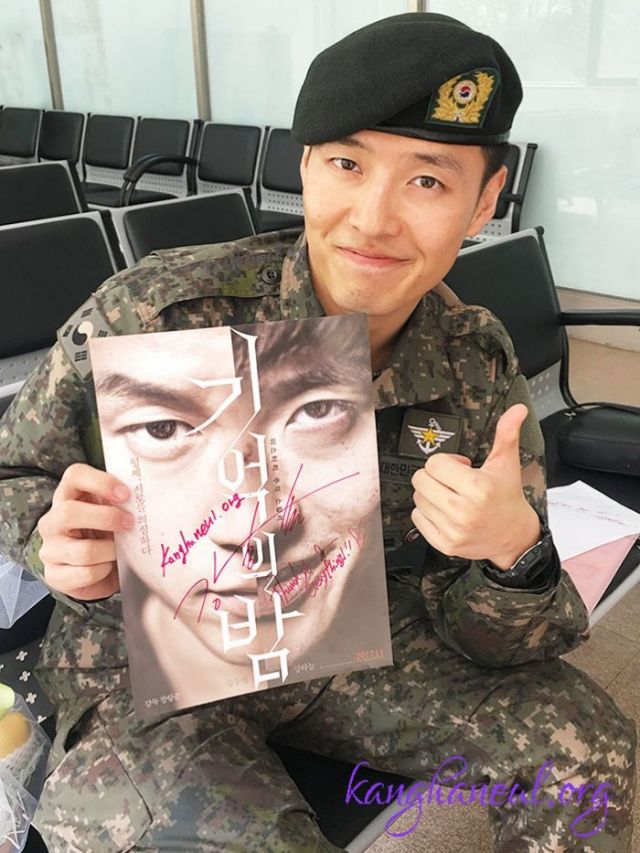 While lovely flowers are blossoming this spring all around the globe, our soldier, Private First Class Kim Ha Neul, also presented a sweet gift that would surely make every fangirl's heart flutter! 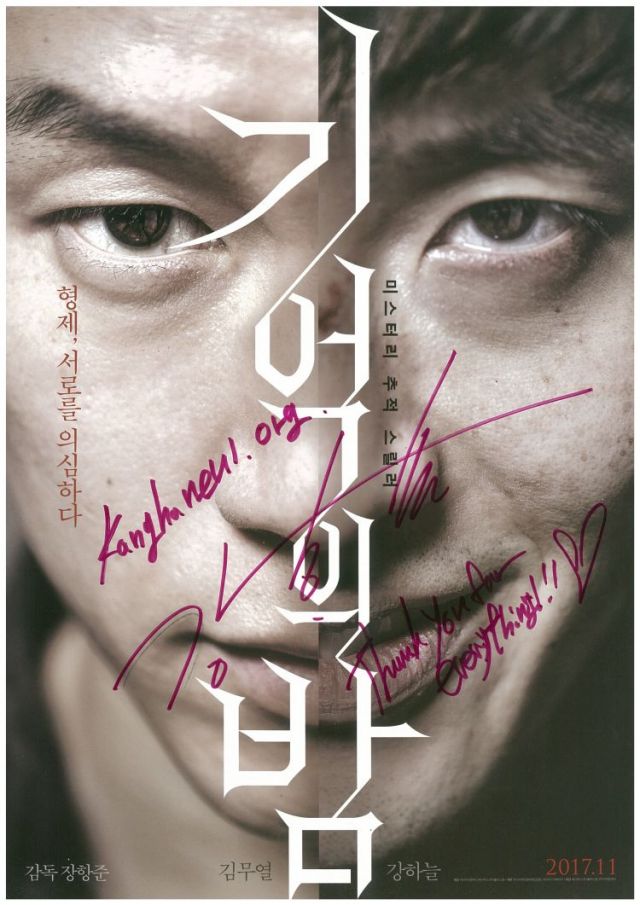 As a sign of appreciation for all the love and support he has received so far, Korean actor Kang Ha-neul wrote his first ever message in English

Check it out below:

In the message, he wrote "Thank you for everything!!!" and drew of a heart beside it. 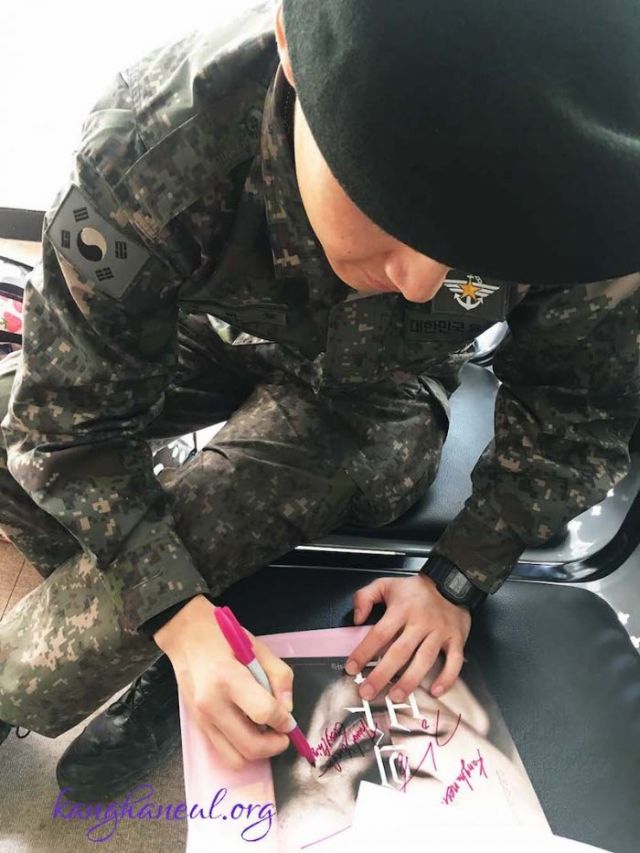 While writing the message on the poster from his latest movie "Forgotten", the heartthrob commented that the pen that he was using has a nice color!

After signing and without anyone telling him to do so, Kang Ha-neul proudly posed (twice!) while holding the poster and wearing a warm smile on his face. 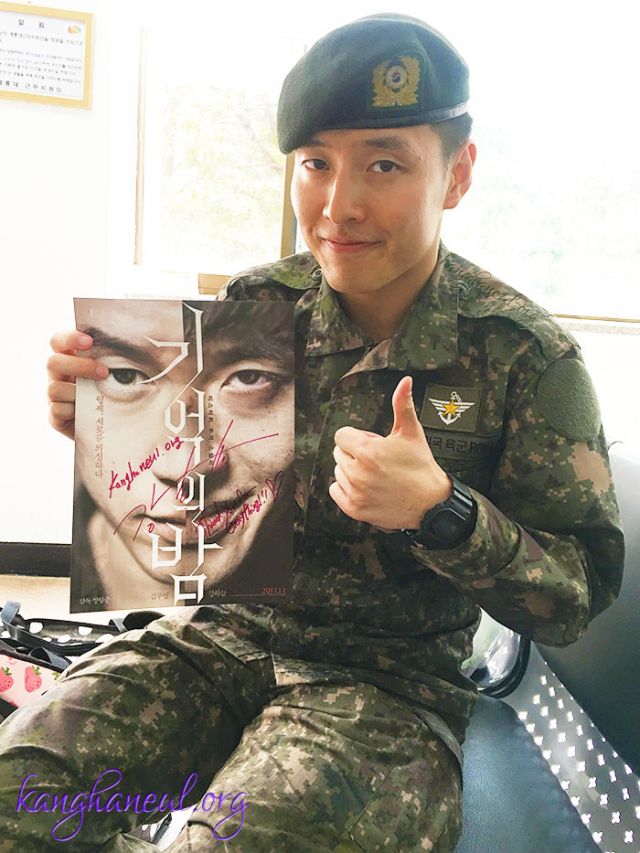 So, are you touched by this simple yet heartfelt gesture of our dear soldier?

Thanks so much for this, dear Sky!

Actor Kang Ha-neul is currently serving his mandatory military service as a military police at the Republic of Korea Army Headquarters in Gyeryong City.

This autograph was obtained exclusively by kanghaneul.org.

By Chimmy also known as riversky

"[riversky's Take] Kang Ha-neul's spring surprise for international fans"
by HanCinema is licensed under a Creative Commons Attribution-Share Alike 3.0 Unported License.
Based on a work from this source