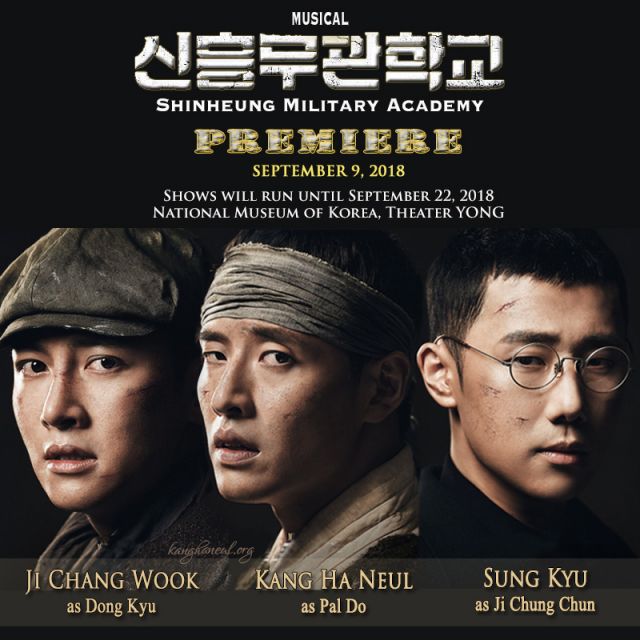 The show commemorates the 70th anniversary of the establishment of the Republic of Korea Army and depicts the tumultuous lives of those who lived during the Japanese colonial period in the early 1900's. The oppression that they experienced brought about the establishment of the Shinheung Military Academy in Manchuria which was the starting point of the Korean independence army.

"Shinheung Military Academy" musical is a reminder of the independent fighters' devotion, laughters and tears. Historical events such as the dissolution of the Korean Empire army, the Korean War, the Battle of Bongo-dong, and the Battle of Cheongsan-ri serve as backdrop of the story.

The musical boasts of a solid story, magnificent music and a brilliant casting lineup led by actor Kang Ha-neul who plays the role of Pal Do, an orphan who becomes a key member of the liberation army; Ji Chang-wook who plays distinguished student Dong Kyu; and Kpop singer Sung Kyu who plays the role of General Ji Chung Chun, a graduate of the Japanese Imperial Army Academy. Most of the cast members are soldiers and singers who are currently serving in the army. 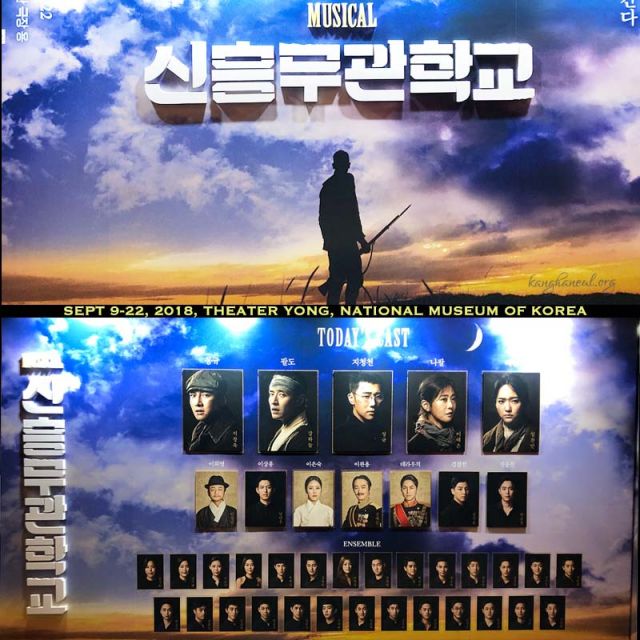 A member of the audience said, "The stage of the Shinhung Independent School, which symbolically reflects the background and changes of the times, transports the audience to heavy historical events". In particular, "It gave me an intense feeling, it impressed me".

To maximize the dynamics of the turbulent era, the performance takes place on a revolving stage measuring 12 meters wide and by 4.5 meters long. A variety of props, including rifles and pistols loaded with blanks, added to the vividness of the battle scenes. In addition, there were over 200 costumes, including hanboks and military uniforms.

The musical component is also attracting attention. Special soundtracks used in conjunction with the live orchestra adds to the richness of the music and completes the musical tone of the production. The ensemble captures the hearts of the audience with their singing that emits youthful and intense energy.

Other noteworthy parts of the production are the dynamic dances that combine perfect harmony with music and the dazzling battle scenes.

It has also been reported that "Shinheung Military Academy" has received tremendous attention from the general public and armed forces personnel even before its premiere.

"Shinheung Military Academy" will run until September 22 at Theater Yong, National Museum of Korea. The production will go on a nationwide tour until the end of the year to 23 locations nationwide including Seongnam, Andong, Mokpo, Chuncheon, Ulsan, Jeonju, Daejeon, and Busan.

"[riversky's Take] Musical Shinheung Military Academy finally premieres"
by HanCinema is licensed under a Creative Commons Attribution-Share Alike 3.0 Unported License.
Based on a work from this source