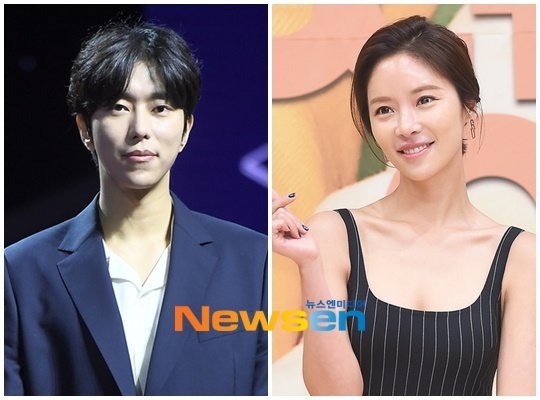 Hwang Jung-eum and Yoon Hyun-min, will they star in a rom-com together?

Both management companies announced on the 19th that the two will be starring in the new KBS 2TV drama "Men Are Men".

"Men Are Men" is a totally new kind of romantic comedy mixed with the fantasy subject of 'war' and the realistic subjects of 'marriage' and 'being single'.

Hwang Jung-eum is considering the role of Seo Hyeon-joo, a webtoon strategy team manager, and Yoon Hyun-min the role of Hwang Ji-woo, a pharmaceutical company CEO.

Meanwhile, Hwang Jung-eum is looking forward to the released of the new jTBC drama "Mystic Pop-Up Bar", while Yoon Hyun-min is starring in a new Mnet TV show called "The Ballad Inside Me".

"Rom-com Masters Hwang Jung-eum and Yoon Hyun-min Courted for Drama "Men Are Men""
by HanCinema is licensed under a Creative Commons Attribution-Share Alike 3.0 Unported License.
Based on a work from this source