Romance on TV all the time, do you know why? 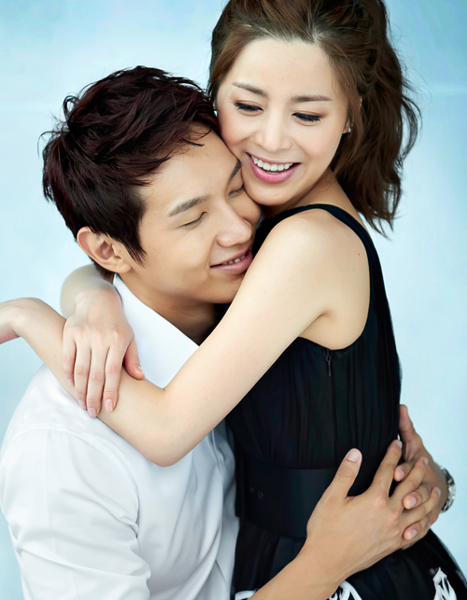 There have been many movies with older woman/younger man couples in theaters lately. Song Joong-ki and Han Ye-seul's "Penny Pinchers" and Hallyu Prince Jang Keun-suk and Kim Ha-neul's "You Pet" are the greatest interest in women in their 10~20s.

"Secrets, Objects" by Jang Seo-hee and Jung Suk-won as well as "Perfect Partner" with Kim Hye-sun and Kim San-ho, also famous for showing skin and featuring a hot bed scene, are dramas with secret relationships and intimacy between older women and younger men.

The only difference between movies and dramas is that younger men appear in movies as those who crave the love of an older woman and those in the dramas stimulate the fantasies of women with the 'perfect' disguise.

The MBC daily drama "Indomitable Daughters-In-Law" is highly popular as characters Young-sim (Shin Ae-ra) and Sin-woo (Park Yoon-jae) overcome the difficulties as they get married. After losing her husband in an accident, Shin Ae-ra is loved by weathly 2nd generation power broker Park Yoon-jae, and they succeeded in tying the knot.

"Me Too, Flower!" on MBC is also telling the love story between policewoman Lee Ji-ah and wealthy Yoon Si-yoon, who actually have 8-years difference in age.

The MBC drama department says, "The fantasy element behind older woman-younger man relationships is to fulfill the cravings of those watching it. The vicarious satisfaction of the female viewing percentage, which is most of it, is quite big. This means that the public is getting more enthusiastic about love between an older woman and a younger man".

"Romance on TV all the time, do you know why?"
by HanCinema is licensed under a Creative Commons Attribution-Share Alike 3.0 Unported License.
Based on a work from this source