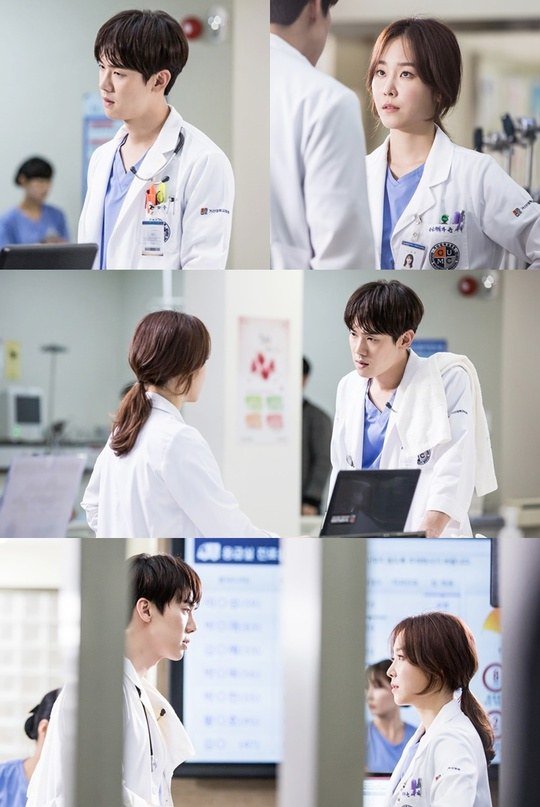 Yoo Yeon-seok and Seo Hyun-jin are caught in a tense moment.

The two of them meet in Doldam Hospital and experience everything a doctor would with a little bit of romance.

Yoo and Seo were seen facing each other with tension in the air. They are interns and residents at this hospital. Yoo Yeon-seok looks like he has a problem with Seo Hyun-jin and she is confronting him with her hand on her hip.

Apparently, right before the filming started, the two of them found a corner on the set and started to get into the feelings there.

""Romantic Doctor Kim Sa-bu" Yoo Yeon-seok and Seo Hyun-jin in a heated tension"
by HanCinema is licensed under a Creative Commons Attribution-Share Alike 3.0 Unported License.
Based on a work from this source