Roy Kim and Park Soo-jin met at a radio show 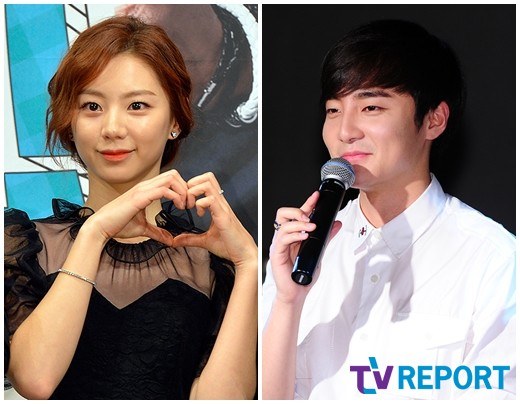 Sports Dong-ah reported on the 27th that Park Soo-jin and Roy Kim have been dating for four months.

According to this report, they have developed to this stage since they met at a radio show in February.

The two of them seem to meet each other in Seoul and their relationship started spreading slowly throughout fellow celebrities.

Roy Kim from the Mnet "Super Star K", released his first official album and is currently active with the song "Love Love Love". Park Soo-jin comes back with "Sword and Flower" next month.

"Roy Kim and Park Soo-jin met at a radio show"
by HanCinema is licensed under a Creative Commons Attribution-Share Alike 3.0 Unported License.
Based on a work from this source