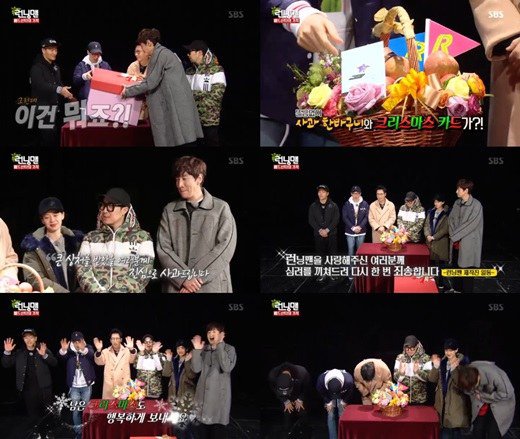 The crew of "Running Man" apologized to the members.

On the episode of the SBS TV show "Running Man" on the 25th, Kim So-hyun appeared as the guest.

Everyone was at the same place at the same time after some issue that happened the previous week. Kim Jong-kook said, "It's good to see faces I never thought I'd see again".

Yoo Jae-suk opened a big gift box. Inside were apples and letters. The crew had written the letter saying, "Dear beloved "Running Man", we are sorry if we hurt you and we will work on getting better in the future".

"Running Man" suffered some issue the previous week for suddenly notifying of Song Ji-hyo and Kim Jong-kook's departure from the show. Eventually, the show will conclude for good in February.

Yoo Jae-suk said, "Things will be different in the New Year. We apologize for having caused any mess. Merry Christmas". 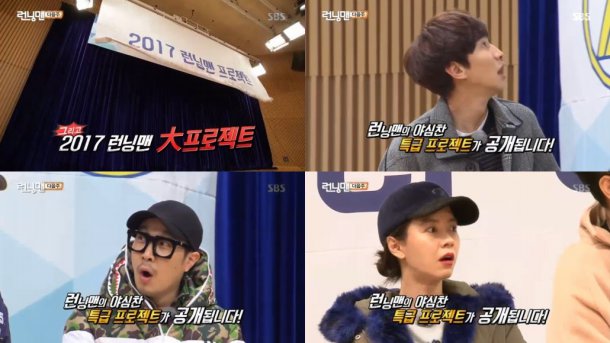 "Running Man apologizes to the members, Yoo Jae-suk apologizes too"
by HanCinema is licensed under a Creative Commons Attribution-Share Alike 3.0 Unported License.
Based on a work from this source