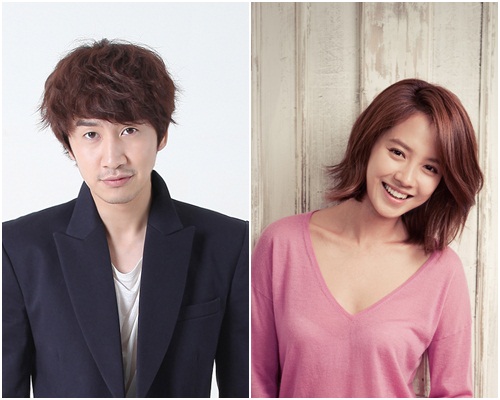 The public relations for "Marine Police Marco" revealed this fact on the 14th of February.

"Marine Police Marco" is about Marco protecting the world from the bad monkey Carlo. Lee Kwang-soo who has earned himself the popularity of little kids from "Running Man" has been cast as the voice of Marco and 'Ace' Song Ji-hyo takes on the voice role of Lulu.

About the animation Song says, "I am nervous to meet with the public in a different method. I hope it brings a lot of laughter to the children this winter".

Lee Kwang-soo also says, "I think Marco is a lot like me. I hope the little children enjoy my voice and become happy".

""Running Man" Lee Kwang-soo and Song Ji-hyo dub"
by HanCinema is licensed under a Creative Commons Attribution-Share Alike 3.0 Unported License.
Based on a work from this source