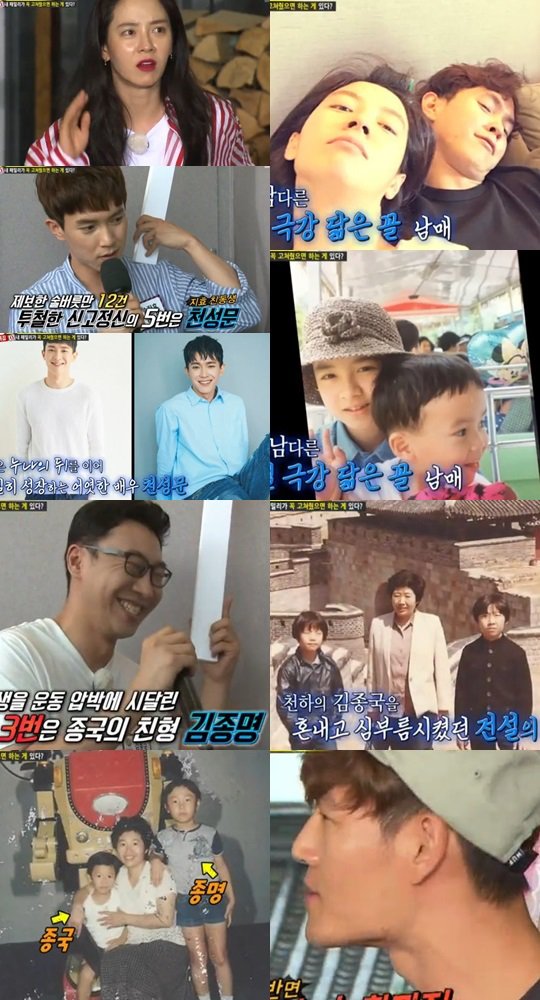 Cheon Seong-moon brought in gossip about his sister.

The latest episode of the SBS TV show "Running Man" had a family special.

The family members had a 'blind talk' first.

Someone said, "My sibling becomes a dog when he or she gets drunk. She hits me sometimes. I have to sing and dance with her for two hours until she finally goes to sleep".

The members asked if it was Song Ji-hyo.

It was indeed. Her brother was handsome and looked just like her. He was also an actor.

Someone else's family said his sibling always told him to work out and it didn't take long to guess that this person was Kim Jong-kook's brother.

"Running Man Song Ji-hyo's brother, handsome actor Cheon Seong-moon"
by HanCinema is licensed under a Creative Commons Attribution-Share Alike 3.0 Unported License.
Based on a work from this source