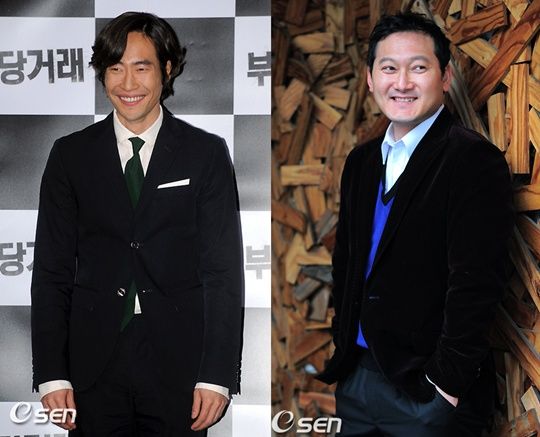 There is an actor who appeared in 'The Unjust' and made everybody laugh. His name is Jung Man-sik who was acting in movie "Breathless" as Man-sik, the main character San-hoon's loyal boss and friend.

Jung Man-sik appeared as a sub-inspector who can't even please and only gets abused by his own boss Ryoo Seung-bum.

He is not only dumb character. Even though he is abused by his way younger boss, but didn't complain about it and sometimes radiates an 'ahjuhssi' next door charm. He acts really sleek when his boss yells “Do we still have to see how wind from the police department blow?” at him.

In the past, Jung Man-sik was mostly in plays such as, 'String Time', 'New York Antigone', 'Whale' and more. For movies, he has done 'Paradise Murdered', "Rough Cut", "Breathless", 'Midnight FM', and 'The Unjust'.

Right at the moment, he is shooting 'Moby Dick' with Hwang Jung-min and Jin Goo. On December, his new movie 'The Murderer, directed by Na Hong-jin ("The Chaser"), will be released.

For this year, Ryoo Seung-bum appeared in movies such as "The Servant", 'The Unjust' and "No Mercy". In 'The Unjust', he played prosecutor Joo Yang, who bluffs, shows off a lot; he was praised for his acting skill since he acted so well as if he was wearing his own tailor made suit.

"Ryoo Seung-bum and Jeong Min-sik is this year's Best Comic Couple"
by HanCinema is licensed under a Creative Commons Attribution-Share Alike 3.0 Unported License.
Based on a work from this source