Ryoo Seung-hwan speaks about his new movie "In Berlin" 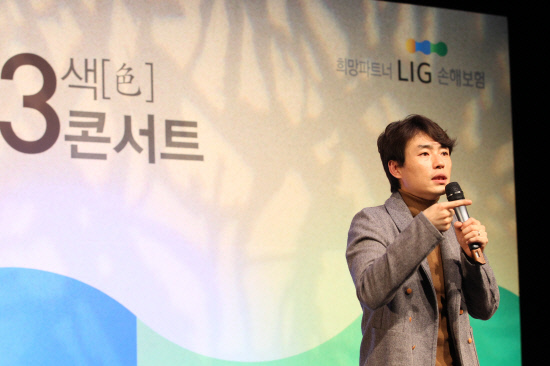 Director Ryoo Seung-hwan spoke about his next coming movie "In Berlin" known to be a 10 billion won blockbuster.

He appeared as the final lecturer in a lecturing event that was held in the LIG Art Hall on the 11th. His upcoming movie "In Berlin" has been an issue and movie fans have been very interested. He said, "The movie has been known to be "Berlin" but it's actually "In Berlin". The amount of investments has also been exaggerated. It might be 10 billion won if I round the numbers up. It just means if it's more than 5 billion then it becomes 10 billion. And yes, Han Suk-kyu and Ryoo Seung-bum will be in the movie".

Amidst preparing for the movie, he continued, "I came here after a meeting today and I have to start work again tomorrow. Next week I have to go location hunting in Berlin, Germany. We should start shooting next March and hopefully be able to release it at the end of next year or early next year. The reports coming from media right now are nor accurate so don't depend on them and become too disappointed".

Director Ryoo said, "I have been under so much stress preparing for this movie that I've lost hair in a circular motion. I don't like the feeling of skin on my head".

Ryoo also spoke about his younger days when he started to shoot movies and how he's managing with three children, earning himself a round of applause.

"Ryoo Seung-hwan speaks about his new movie "In Berlin""
by HanCinema is licensed under a Creative Commons Attribution-Share Alike 3.0 Unported License.
Based on a work from this source