Ryoo Si-won divorcing after only 2 years, netizens shocked by rash of celebrity break-ups 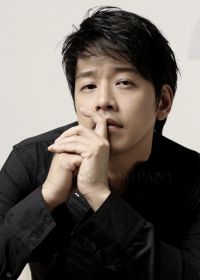 Hallyu star Ryoo Si-wan (40) is currently going through a divorce after only two years of marriage, shocking his fans.

According to an April 9th report by the Donga Ilbo, Ryoo's wife (31) filed a petition for divorce with the Seoul Domestic Court on the 22nd of March.

At the moment, the petition has been received but a deadline for the decision has not yet been set.

The recent divorces of Seo Jang-hoon and Oh Jung-yeon, Jo Hye-ran and other celebrity couples has been surprising.

Netizens have commented, "I'd like to hear some good news about celebrities, it's sad that it's nothing but bad news these days", "After a divorce the ones who suffer the most are the kids... it's best if it's not a big and messy affair", "I've had enough of hearing about stars divorcing..." etc.

"Ryoo Si-won divorcing after only 2 years, netizens shocked by rash of celebrity break-ups"
by HanCinema is licensed under a Creative Commons Attribution-Share Alike 3.0 Unported License.
Based on a work from this source