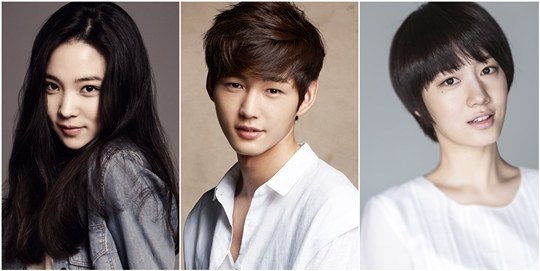 She stars as Joo Da-hae, a smart 19 year-old girl from a wealthy family.

If she was a boyish tomboy in her previous KBS 2TV drama "School 2013", this time you can see her true colors. She's made a good impression with her acting unlike that of a rookie and many anticipate what she will make of this new character called Joo Da-hae.

Ryu Hyo-young says, "I am so nervous I can't even sleep. I am going to do my best as an actress and I won't let you down".

Meanwhile, "Wild Chives and Soy Bean Soup" is about the miraculous reunion of a woman with a man whom she couldn't forget for 12 years.

"Wild Chives and Soy Bean Soup" will be broadcasted on the 22nd of March after "The Firstborn".

"Ryu Hyo-young in "Wild Chives and Soy Bean Soup""
by HanCinema is licensed under a Creative Commons Attribution-Share Alike 3.0 Unported License.
Based on a work from this source