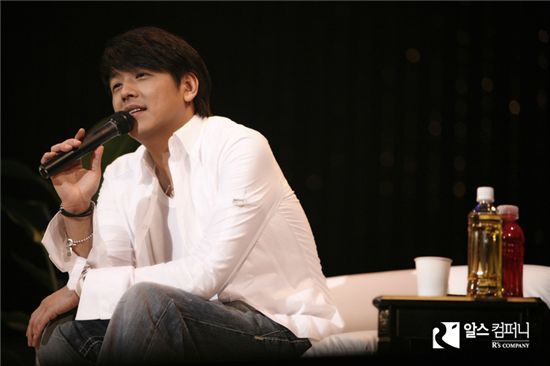 Korean actor and singer Ryu Si-won held a fan meeting in Japan last week which brought together 1,200 of his fans from around the country, according to his agency on Wednesday.

Fans met with the Hallyu star during a four hour-long meeting held February 16, during which Ryoo performed several of his hit songs from his second album and new tracks from his upcoming record, an official at R's Company explained.

The official also added competition to attend the fan meeting was heated, resulting in the selling of tickets for the event, originally free of charge, at 150,000 yen on an auction site. The amount is equivalent to about 1,600 US dollars.

Ryoo, 38, made his debut in 1994, starring in various dramas including MBC's "Secret" and "Truth" as well as 2001 series "Beautiful Days".and hosting several variety shows.

He has led a particularly successful career in Japan, releasing 17 albums and holding five concert tours in Japan since 2005. His seventh full-length album will be released in April.

"Ryu Si-won holds fan meeting in Japan"
by HanCinema is licensed under a Creative Commons Attribution-Share Alike 3.0 Unported License.
Based on a work from this source