Ryu Si-won to celebrate birthday with fans this weekend 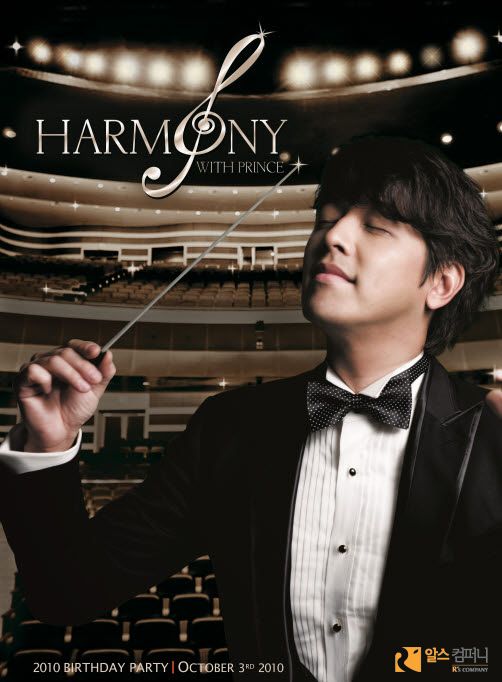 Hallyu star Ryu Si-won will be celebrating his birthday with his fans this weekend, according to PR firm YTREE MEDIA on Thursday.

YTREE announced in a press release that Ryoo will meet with about 3,000 fans from Korea, Japan, China, Singapore, Hawaii, Canada and Taiwan for his birthday celebration titled "Harmony with Prince" to be held at the Gwangmyeong City Gymnasium in Gyeonggi Province on October 3.

His agency explained that various events will take place at the fan meeting including a recording session of a song titled "I am Thankful for You" by Ryoo and his fans since he has shown great interest to do so for a long time.

Fans are said to have been practicing the tune since three months ago after it was posted on Internet webpages and the actor's fanclubs.

Meanwhile, a day ahead of his celebration, Ryoo will hold an event at palace Changdeokgung to inform his international fans about the historical landmark which was designated as UNESCO's World Cultural Heritage in February 1997.

This will be the first time that a Hallyu star will receive approval from the Cultural Heritage Adminstration of Korea in cooperation with the Korea Tourism Organization to plan such an event.

"This fan meeting is particularly meaningful since I will be able to introduce the palace to my international fans during the fall season", the actor was quoted as saying.

He has led a particularly successful career in both music and acting in Japan, having released 17 albums and touring the country as well appearing in several local dramas.

"Ryu Si-won to celebrate birthday with fans this weekend"
by HanCinema is licensed under a Creative Commons Attribution-Share Alike 3.0 Unported License.
Based on a work from this source