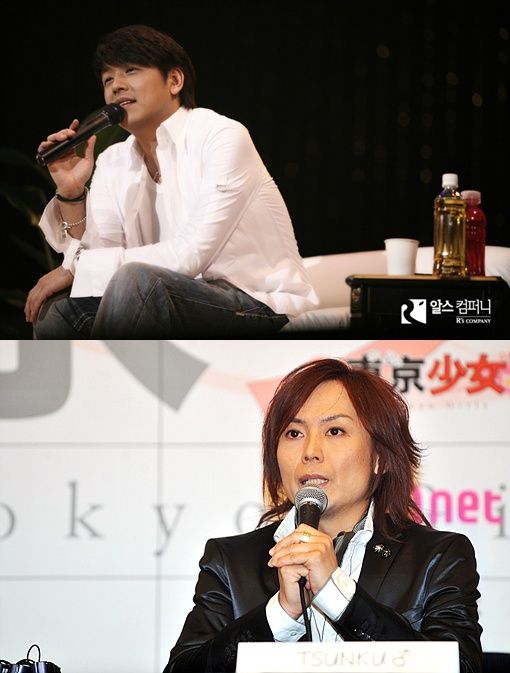 Korean singer and actor Ryu Si-won will be turning into a rock singer in his new album with the help of noted Japanese music producer Tsunku, according to Japanese daily newspaper Sankei Sports on Monday.

Sankei Sports explained that the Hallyu star collaborated with the famed producer for his upcoming seventh record titled "Ulala~", to be released on April 7, which includes a rock tune called "Garden of Love".

"I think fans will be surprised to hear me singing this kind of song", said the actor in an interview with the Japanese press. "I may look like this but I actually like strong, masculine music. I have never sung this kind of song so that is why I chose to include it in this album".

"Love", which was penned by Tsunku, is about expressing the emotions of love between a man and a woman.

The Korean entertainer, who reportedly took up rock music as a new challenge, met the Japanese musician through an acquaintance last year and invited him to one of his concerts.

He seemed confident about the track, saying "I still feel embarrassed and awkward about the part where I scream 'oh~ yeah~' but you get used to it and it comes across well. I'm sure the fans will love it".

He has led a particularly successful career in Japan since debuting in the country six years ago, releasing 17 albums and holding five concert tours to date. His seventh full-length album will be released on April 7.

He is scheduled to kick off his Japan tour on May 10, performing in various major cities including Fukuoka, Osaka and Kobe until July 1.

"Ryu Si-won to turn rock singer in new Japanese album "
by HanCinema is licensed under a Creative Commons Attribution-Share Alike 3.0 Unported License.
Based on a work from this source