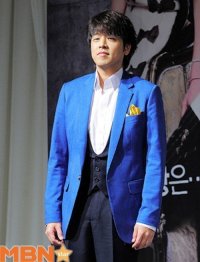 Ryoo's fourth album "With You", which was released in Japan in May, was found to have topped the music chart according to the largest music record chain HMV's annual album sales rankings.

The singer's agency, Rs Company, said the feat attests to Ryoo's success in Japan as a singer.

"With You" topped HMV's album booking chart when it was just released, and took the second spot on the Oricon daily chart. In June, the singer successfully gave a concert at the Saitama Super Arena in Japan.

Ryoo is also popular as an actor in Japan. Since October this year he has been appearing on the TBS weekend drama "Woman Detective" opposite young Japanese star Yukie Nakama.