Ryu Soo-young, "Recent purchase of condo in Bangbae-dong is unrelated to Park Ha-sun" 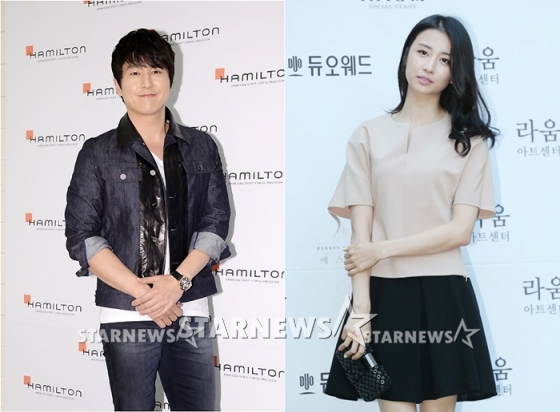 Actor Ryu Soo-young clarified that his recent purchase of a condo in Bangbae-dong, Seoul is "not related to Park Ha-sun".

On October 9th, Ryu Soo-young's agency Fly Up Entertainment told StarNews, "Ryu Soo-young recently purchased a condo in Banbae-dong, Seocho-gu in Seoul. We understand there is a rumor that the place is a newlywed's home for him and Park Ha-sun, who are dating currently. It is not true".

The associate with the agency also said, "It is not related to Park Ha-sun" and "Ryu Soo-young and Park Ha-sun are seeing each other well and they don't have any specific plan for marriage though".

Meanwhile, Ryu Soo-young and Park Ha-sun admitted they had been in a relationship for five months last May. The two co-starred in MBC's "Two Weeks", 2013 and the friendship turned into love later.