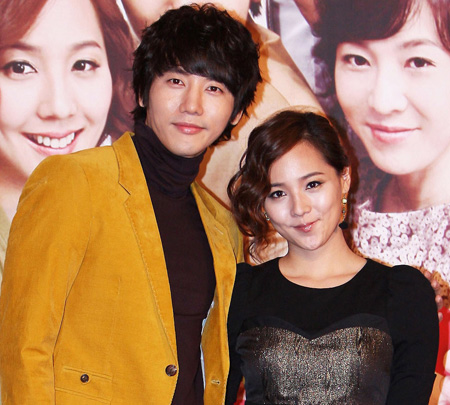 Sweetheart Eugene and actor Ki Tae-young plan to get married in July, after dating for about a year and a half.

The two met while filming for the 2009 MBC drama "Creating Destiny" and announced their wedding through their fan club, Wednesday.

"I am going to get married! I wanted to marry before 33 and my dream has come true. I really met my love through 'Creating Destiny'. I guess you know who I am talking about", Eugene wrote.

Ki said that he met the wise woman he had dreamed of and she is the person with whom he can live the rest of his life with.

They will wed privately at a church in Gyeonggi Province on July 23.

Ki made his debut in a youth drama "The New Generation Report: Adults Don't Know It" (KBS) in 1997 and has appeared on various television soaps including "Jejoongwon" (2010) and "Royal Family" (2011).

"S.E.S'.s Eugene to tie knot with actor"
by HanCinema is licensed under a Creative Commons Attribution-Share Alike 3.0 Unported License.
Based on a work from this source