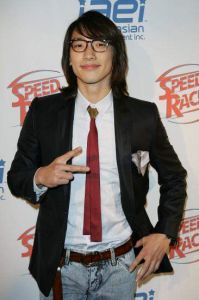 Korean Wave singer and actor Rain is in first place in an online voting for the World's 100 Most Influential People selected by the U.S. newsmagazine Time.

Rain has garnered some 47-thousand votes to stand in first place among the 204 nominees. He is some 20-thousand votes ahead of the second-placed figure, actor Chris Colfer.

The online vote will close next Thursday. Time Magazine will conduct its own screening process before announcing its top 100 in May.

"S.Korean Celebrity in 1st Place in Time Mag Vote"
by HanCinema is licensed under a Creative Commons Attribution-Share Alike 3.0 Unported License.
Based on a work from this source