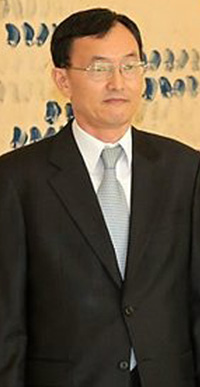 Kathmandu - The Korean craze amongst the Nepalis, especially the youngsters, is a common scenario these days. Films are one way to express the culture, life, human relations, religion and values of a particular country. One can get an idea about a particular country from a film, which one may not get from reading dozens of books.

Korean films are becoming immensely popular across the globe. Previously,filmgoers in Nepal had Hollywood and Bollywood, butthe current movie craze is popularly known as Kollywood.

The Nepali film market is small and mostly produces low budget films. It was traditionally influenced by the Indian movie industry. Now the emphasis has entirely shifted to Korean movies. From hairdo to overall style to food to movies, youngsters seem totally drawn by Korean lifestyle. And in all this the Korean movies have a huge role to play.

The good news for these fans of everything Korean is that the Embassy of the Republic of Korea is organising the 7th Korean Film Festival (KFF) Autumn-2000 from November 8 to 11 at the local Russian Centre for Science and Culture, Kamalpokhari. The opening ceremony is heldon November 7 evening and Old Partner was screened at the opening. Hundreds of Korean film lovers are queuing up during the show on Tuesday and Wednesday.

"During this festival, we are introducing four Korean films which are very famous and loved by the Korean people", South Korean Ambassador to Nepal Kim Il-Doo said. Not only Korean box office hits but also smaller-scale Korean movies are equally popular here.

Similarly, Korean fashion, clothing and hairstyles are popular in Nepal among the younger generation, due to the influence of Korean movies. The impact of Korean movies on Nepali films is growing.

Despite the fact that most Nepali moviegoersdo not understand the Korean language, the market is surging. Most of the merchants felt that Korean movies began growing in popularity from 2007 and that the market is skyrocketing in Nepal as it continues to prosper worldwide.

The interest in Korean cinema began following an agreement between the countries to send laborers from Nepalto Korea on are gular basis. Knowledge of the Korean language was a prerequisite for theworkers and demand for films in the language surged.

The majority of the training centers used movies to teach the language. A trend was established and even those who did not understand Korean began to ask for the movies.

Anotherreason for the success of Korean films in Nepalis their regular appearance at film festivals. Last year four Korean films were chosen to appear at a four-day festival in Kathmandu and this year too in the first week of April, further portraying elements of Korean life, culture and society.

Although Korea and Nepal are far apart geographically their cultural, social and religious lives have much in common.

Why are Korean films becoming so popular? Simple: Korean films are based on ordinary subject matter, and feature strong plots and perfect acting, says Preeti Shrestha, who is avid lover of Korean movies and does not let go any hit Korean movie out of her eyes in many cases.

This impression is shared by most Nepali film directors. Western movies are distancing themselves from common human behavior and sensitivity towards life.

Therefore, youths are attracted to the plot sensitivity that is depicted in a very exact manner in Korean films. Usha Lama, a diehard fan of Korean movies said, "Korean movies are very simple and easy to understand and are not artificial. Most of them are like ourdaily lives".

The four movies being screened are "Old Partner", "Barefoot Dream", "Le Grand Chef" and "Speedy Scandal". "I sincerely hoe that this films festival will helppromote the friendly feelings between our countries", says Ambassador Lim.

There will be two shows everyday - at 11:00 amand 2:00 pm. Entry is free for thescreening of the movies.

Anil Giri serves as Kathmandu Correspondent for The Seoul Times.As a journalist he has worked for such news media as Annapurna Post, BBC, and Himalayan Times for years. He finished his both undergrad Economics degree and his MA degree in English Literature at Tribhuvan Univ., Kathmandu. He also holds a diploma in Development Journalism from prestigious Indian Institute of Mass Communication-IIMC, New Delhi, India.

"S. Korean Film Festival Begins in Kathmandu"
by HanCinema is licensed under a Creative Commons Attribution-Share Alike 3.0 Unported License.
Based on a work from this source