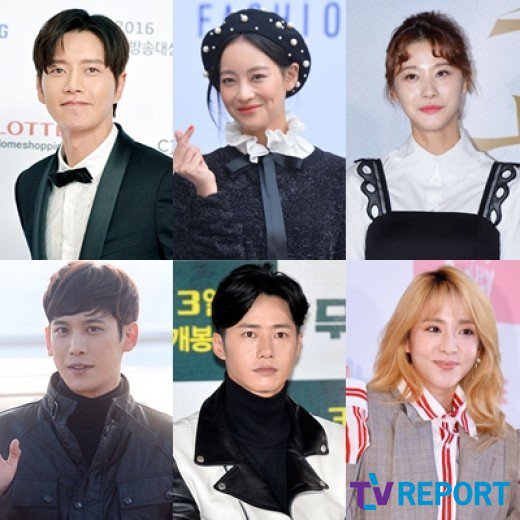 Sandara Park is starring in "Cheese in the Trap - Movie".

Sandara Park takes on the role of Jang Bo-ra and rookie actor Kim Hyun-jin takes the role of Kwon Eun-taek.

Based on a popular web-toon, "Cheese in the Trap - Movie" is based on campus and it's about a perfect college boy named Yoo Jeong and his junior Hong Seol.

Yoo Jeong is played by Park Hae-jin who synchronized perfectly with Yoo Jeong in the drama "Cheese in the Trap".

Oh Yeon-seo will be taking on the role of Hong Seol.

Park Ki-woong plays Baek In-ho who grew up with Yoo Jeong and was a growing piano genius but due to an unfortunate accident, can't play anymore and wanders around outside the house.

Yoo In-young plays Baek In-ha. She's Baek In-ho's sister who is more than 1.7 meters tall and beautiful enough to turn every man's eyes on her.

Oh Jong-hyuk plays Oh Yeon-gon who bullies Hong Seol. He is a troublemaker and is good at getting people mad at him.

Meanwhile, "Cheese in the Trap - Movie" will be cranking up in April.

"Sandara Park to star in "Cheese in the Trap - Movie" with Park Hae-jin and Oh Yeon-seo"
by HanCinema is licensed under a Creative Commons Attribution-Share Alike 3.0 Unported License.
Based on a work from this source