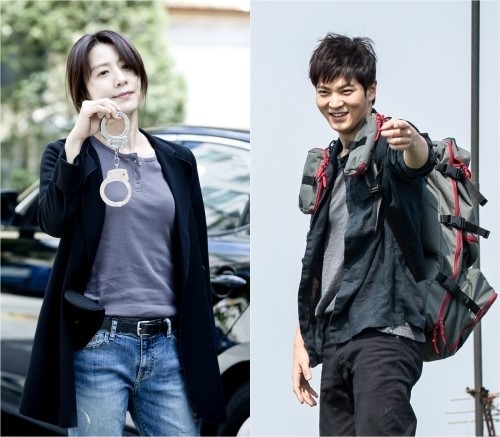 Viewers who turned around to food and cooking shows are returning to dramas.

The current situation is that SBS is dominating in Monday & Tuesday dramas and Wednesday & Thursday dramas.

SBS reclaimed the attention from the viewers, who have been ignoring dramas, with their two popular dramas, 'Mrs. Cop' and "Yong Pal". What are the attractive points of these dramas, which share the first and second ranks even in the rerun ranking of dramas?

In addition to the strong storylines and fast-moving story, the acting performances of the leading actors of the dramas are considered to be the most contributing factors to the success of the dramas.

The core formula of a successful drama begins with interesting story. The stories of these two dramas are fun to watch basically.

Let's also about Joo Won's acting performances, who is currently starring as a skilled surgeon in "Yong Pal". He once walks into a room salon to treat injured members of organized crime gang and ends up being chased down by police and finally falls into Han River.

Although Kim Tae-hee appeared in the following episodes from time to time, no one will question if you say it is Joo Won who majorly contributed to the success of the drama being ranked top for viewership rating. It proves how important it is to have leading actors with outstanding acting performances for the success of a drama.

Associates with dramas are encouraged by the fact that the two dramas had the viewers who drifted away from dramas return to the small screen.