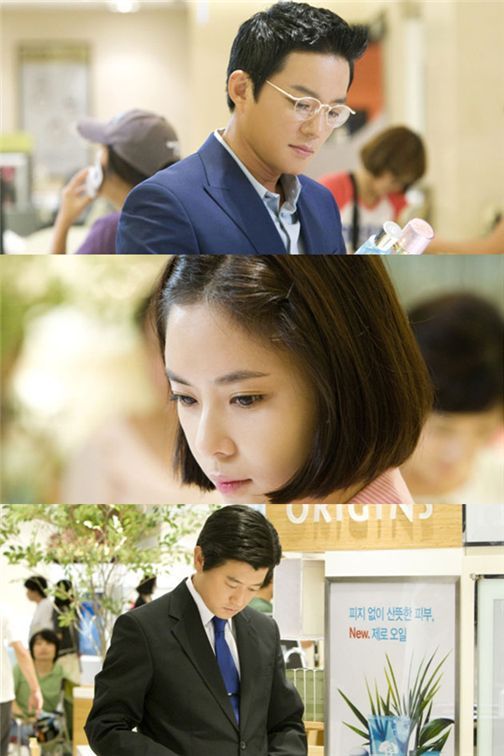 SBS' "Giant" that tells of cutthroat competition existing in the world of business through the story of three siblings marked 30.1 percent in average rating last week, according to Total National Multimedia Statistics (TNmS) survey from November 8 to 14.

Occupying second place was the KBS2 weekend variety show "Happy Sunday" whose average stood at 26.8 percent. The program has been enjoying wide popularity throughout the nation with its two segments "Two Days and One Night" and "What Makes a Man".

KBS2 drama "Marry Me, Please" ("All About Marriage") scored an average mark of 22.5 percent last week, sliding down from second to third place on the chart. Its rating is also a drop from the previous week's 26.5 percent.

KBS2 drama "Marry Me, Please" ("All About Marriage") came in second with an average mark of 27.4 percent followed by SBS drama "Daemul - Big Thing" with 26.2 percent. 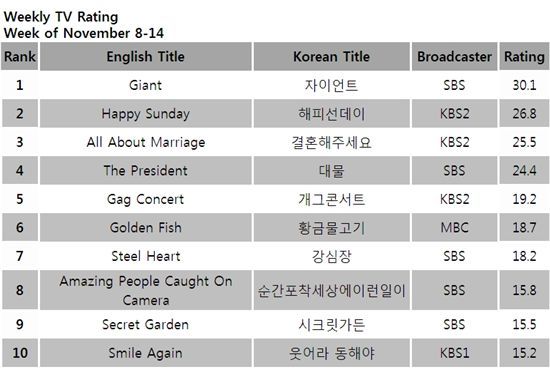