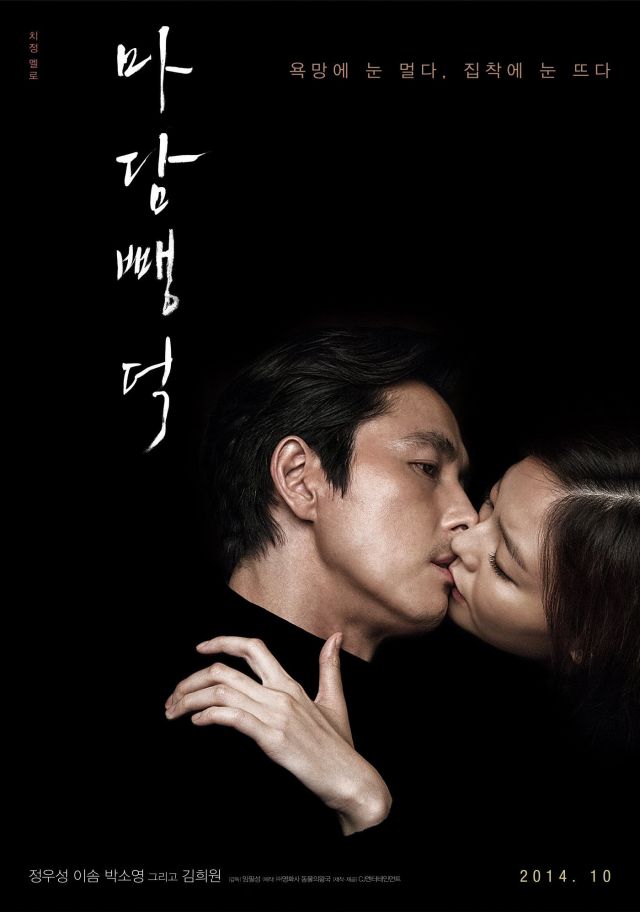 Synopsis: Deok-yi, a 20-year-old woman working at an old amusement park, gets to know Hak-kyu, a university professor who has moved to her small town from Seoul because of a scandal. Mutual attraction leads the pair into a lusty affair but when the fall semester begins, Hak-kyu returns to his family in the city. Deok-yi refuses to let the relationship die, and a confrontation between them turns tragic when Hak-kyu's wife commits suicide. Eight years later, Hak-kyu, now blind and estranged from his daughter, befriends a new neighbor, Se-jeong. He gladly accepts her help without realizing that she is in fact Deok-yi and that she is on a quest to destroy his life.

"Scarlet Innocence (2014)"
by HanCinema is licensed under a Creative Commons Attribution-Share Alike 3.0 Unported License.
Based on a work from this source