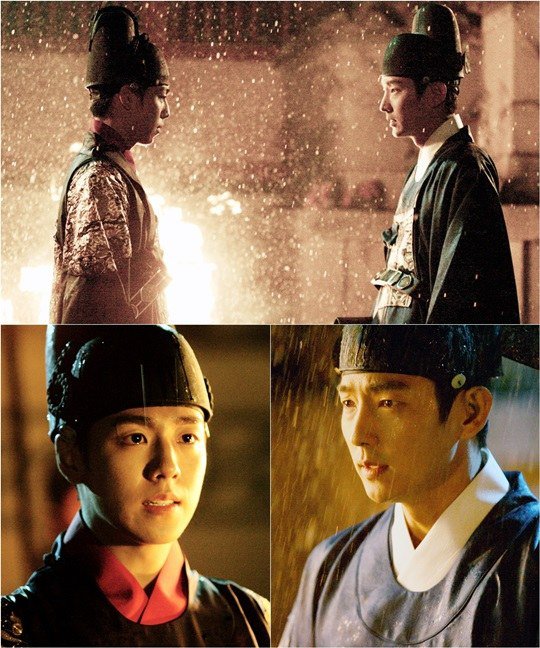 Stills of Lee Joon-gi and Lee Hyun-woo were released.

The stills are from the new MBC drama "Scholar Who Walks the Night".

Lee Joon-gi and Lee Hyun-woo are making eye contact in the middle of a storm and arouses tension around them.

This scene is before Kim Seong-yeol (Lee Joon-gi) becomes a vampire.

"Scholar Who Walks the Night" is a romantic but thrilling drama about a vampire scholar who has voluptuous appeal.

Questions arise to the scene where they are having a serious conversation in the rain.

This scene is of Kim Seong-ryeol coming into the palace to check something with Prince Jeong Hyeon. They ignore the storm that's going on around them and stare into each other.

Prince Jeong Hyeon shows determination when looking at Seong-yeol who looks surprised and worried at the same time.

Lee Joon-gi and Lee Hyun-woo did an outstanding job in this scene and made everyone hold their breaths.

This scene is the starting point of Seong-yeol becoming a vampire scholar. The two actors did a great job of expressing the emotions of two people who find out the truth to an unimaginable incident.

Meanwhile "Scholar Who Walks the Night" was produced by Lee Seong-joon and written by Jang Hyeon-joo.

""Scholar Who Walks the Night" Lee Joon-gi and Lee Hyun-woo"
by HanCinema is licensed under a Creative Commons Attribution-Share Alike 3.0 Unported License.
Based on a work from this source