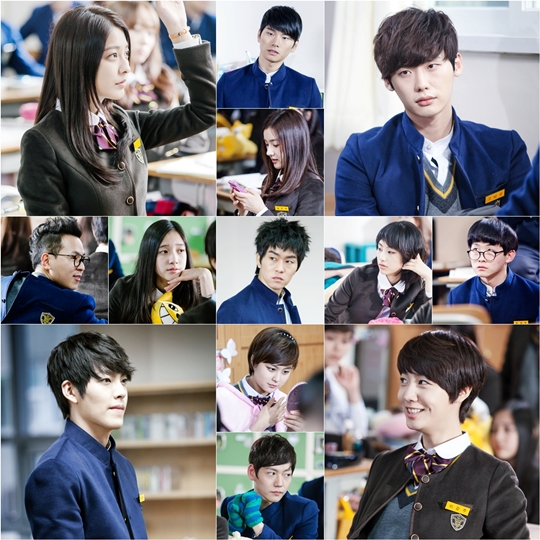 KBS 2TV "School 2013" digs through the lives of high school students who are tainted with lack of communication, lack of affection and suppressed ranking in the small community of a school.

The characterized students of Seung Ri High School are going to share common ground by openly revealing the current status of the schools in reality.

First it shows the division of the good and bad powers within the school through hard working and Miss Popular Song Ha-kyeong (Park Se-young), smart and rich Kim Min-ki (Choi Chang-yeob), fist power Oh Jeong-ho (Kwak Jung-wook) who discreetly holds power in the school and Park Heung-soo (Kim Woo-bin) who will soon take over the school.

Exempted characters like Ko nam-soon (Lee Jong-suk) who doesn't belong in any division, exists between the four and forms good and bad relationships with them.

Meanwhile, "School 2013" is a real school report in three perspectives of the students, teachers and parents. It is to be aired after "Ooh La La Couple" on the 3rd of December at 10PM.

""School 2013" 200% realistic"
by HanCinema is licensed under a Creative Commons Attribution-Share Alike 3.0 Unported License.
Based on a work from this source