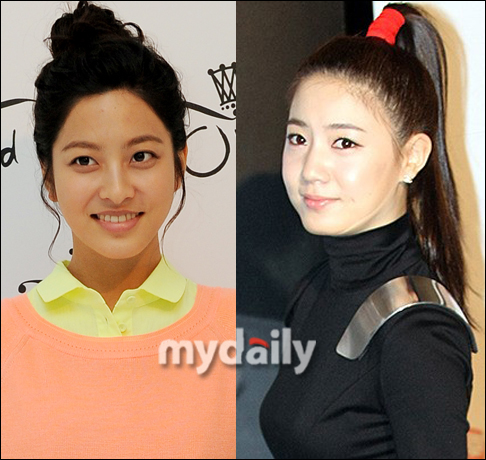 The KBS drama department told My Daily on the 26th, "The line up for "School 2013" has been figured out but the school girl line up isn't quite so ready".

"Park Se-young, Ryu Hyo-young and Jeon Soo-jin are thinking about it and they are 90% ready to go. Unless there is a big change they will be part of the drama and there might be changed since they haven't signed any contracts".

Park Se-young's agency revealed, "She is thinking positive. It's great that they thought about her. It's most likely she will star in it".

Meanwhile, "School 2013" is an original that started in 1999 while creating various stars. Jang Nara and Choi Daniel star as teachers and Lee Jong-suk and Kim Woo-bin are also starring in the drama.

This drama is co-produced by Lee Min-hong and Lee Eung-bok and is written by Lee Hyeon-joo and Ko Jeong-won. Coming in December after "Ooh La La Couple".

""School 2013" Park Se-young, Ryo Hyo-yeong, Jeon Soo-jin"
by HanCinema is licensed under a Creative Commons Attribution-Share Alike 3.0 Unported License.
Based on a work from this source