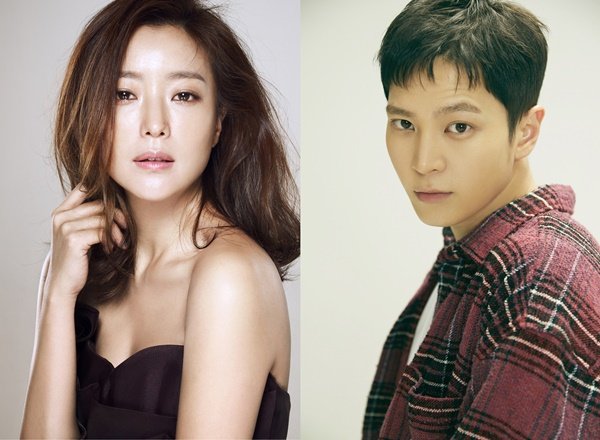 The drama "Alice" confirms Kim Hee-sun and Joo Won as the leading stars.

SBS drama "Alice" was in the spotlight for its refreshing scenario as a science fiction human drama with an equal balance of genre and humanism. It is a story about a man and a woman who are separated forever due to death, as they magically meet again beyond the limits of time and dimension.

The fateful story between the pair, who meet again in "Alice", which allows time travel, will be warm and moving, but also feature a riveting mystery.

Joo Won plays detective Park Jin-gyeom, who was born without emotions. Jin-gyeom is the first person to notice the existence of time travelers from the future to the present through Alice while he is digging into mysterious events. While struggling with the difficult occurences brought on by the existence of Alice, the story unfolds as he is reunited fatefully with his late beloved, Yoon Tae-i.

Kim Hee-sun plays Yoon Tae-i, an eccentric physicist who holds the key to unlocking the secrets of time travel. She meets with Jin-gyeom, a detective who calls it a fateful reunion, and finally solves the secret of time travel. In the process, she will gradually realize her hidden secrets.

The Story Works introduced "Alice" as "a new genre called sci-fi human melodrama in a scale that suits the genre of science fiction, but with humanism, comedy, and melodrama. It added, "It will be a compelling, immersive experience for viewers, with actors and actresses who combine skill and popularity, and with a high-quality script".

"Alice" is currently getting ready to begin filming and it will come out in 2020.

"Sci-Fi Human Romance "Alice" Confirms Kim Hee-sun and Joo Won"
by HanCinema is licensed under a Creative Commons Attribution-Share Alike 3.0 Unported License.
Based on a work from this source