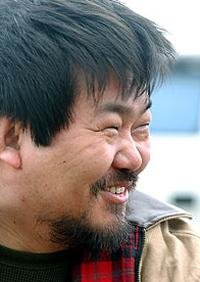 Choi Wan-gyoo who wrote scripts for numerous hit television series including "Heo Jun", "All In", 'Jumong' and others will be writing the script for the television of 'Shiri'.

The movie 'Shiri', directed by Kang Je-gyu and considered the start of Korean blockbusters, will be remade into a drama series according to MK Pictures of which Director Kang Je-gyu is a member of.

Choi Wan-gyoo commented on the 21st, "I will be writing the script for the drama version of 'Shiri', and am currently preparing as the genre is different".

While the production director has not yet been determined, Producer Jang Yong-woo of 'Wangcho' and 'Hotelier' is being strongly considered.

Scriptwriter Choi also says, "An NIS agent will be the main character as in the movie while the Presidential Security Service will serve as a major setting. The series will resemble the '24' in structure".

The series will be written by the group of writers of A Story, Inc. with Choi Wan-gyoo as the main writer.

He says, "To better structure the plot, the production must be completed prior to broadcasting so I have already started writing the scripts regardless of the broadcasting schedule which has to be set".

An MK Pictures personnel says, "Creating a television series of 'Shiri' is a subject that has been discussed since last year, and as the writers and director are almost determined it will start filming this year".

The drama series version of 'Shiri' has kept Japan in mind from the planning stage. With the success of the movie 'Shiri' in Japan, it is said that the creation of a drama series was proposed from Japan.

"Scriptwriter Choi Wan-gyoo to write TV version of 'Shiri'"
by HanCinema is licensed under a Creative Commons Attribution-Share Alike 3.0 Unported License.
Based on a work from this source