Se7en says U.S. foray was "not a failure but a new challenge" 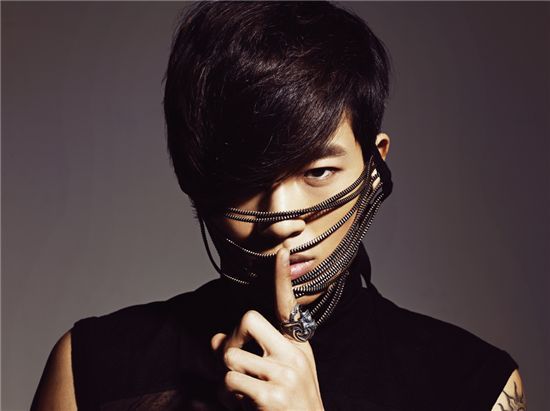 Korean singer Se7en has said that his attempted foray into the U.S. pop market over the past few years was "not a failure but a beginning of a new challenge".

The singer made the remark at a press conference, held Wednesday at a club in Seoul's trendy Cheongdam-dong district, which celebrated the July 21 release of his mini-album titled "Digital Bounce".

The album marks his comeback to the local music scene in over three years as he had left for the U.S. after releasing the fourth album "Se7olution" in 2006.

Se7en opened up about his time overseas, saying he is "very disappointed" that he was unable to release a full-length record there and lead an active music career.

"Although I did not achieve success as a singer, I gained a lot of things", said the YG artist. "I have matured a lot music-wise through [working with] famous songwriters and my dancing and singing has improved a lot compared to before... My thoughts have changed a lot and I have become much more mature".

He explained that on top of the language barrier, three things must come together in order to succeed in the American pop market -- looks, talent and promotion -- and added he was "not fully ready" to make it there.

However, the 25-year-old star remarked that "it would be premature to call my U.S. foray a failure" and that he wants make another new attempt at breaking into the market if opportunity arises.

"I feel like I have matured a lot and have gone back to the beginning through preparing this album", the singer said about the new record. "I feel like I am starting over a singer".

"Bounce", which contains seven tracks, is mainly composed of electronic pop-style tunes which Se7en describes as an "evolution" as opposed to ridding his original color as an artist.

The singer will be giving a series of comeback performances on televised music shows next week, starting with Mnet's "M! Countdown" on July 29, followed by "Music Bank", "Music Central" and "Inkigayo".

He will be performing a duet with T.O.P (Choi Seung-hyun) of popular idol group Big Bang.

"Se7en says U.S. foray was "not a failure but a new challenge""
by HanCinema is licensed under a Creative Commons Attribution-Share Alike 3.0 Unported License.
Based on a work from this source