Se7en to make comeback with new album next week 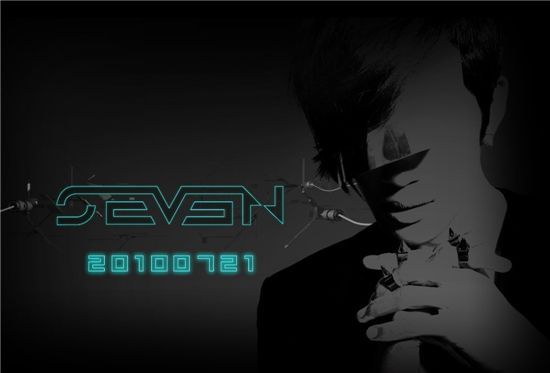 Korean pop singer Se7en is set to make a comeback to the local music scene next week, making his first album release in Korea in over three years.

Agency YG Entertainment (YG) announced in a press release that Se7en will be coming back on July 21, as shown in the teaser page set up for the singer (http://www.hello7.com) last Friday.

The singer, who has been busy working in the U.S. for the past few years, had originally planned to return to Korea at the end of May.

But, as YG explained several months ago, he decided to push the date back because he "wanted to make it perfect" and "wanted to make the [comeback] date relevant to 'seven'".

The agency had also hinted that the upcoming record will be "completely different in style than what Se7en has shown in the past" and that fans will be "very surprised" by the new music.

"This is his comeback to the local scene in three years so all the producers and staff members at YG, not to mention Se7en, put in their best efforts into the album", an official at YG was quoted as saying. "We have been preparing this album for a long time so we will do our best in supporting Se7en".

Se7en, whose real name is Choi Dong-wook, trained under YG Entertainment for four years before making his debut in 2003 with the album "Just Listen". He became popular throughout Asia, releasing four full-length albums in Korea and seven singles in Japan.

In 2006, he went over to the U.S. to break into the global music scene and started collaborating with noted record producers such as Rodney "Darkchild" Jerkins. He has yet to achieve notable success there.

His last album release in Korea was in 2006, the fourth record "Se7olution".

"Se7en to make comeback with new album next week "
by HanCinema is licensed under a Creative Commons Attribution-Share Alike 3.0 Unported License.
Based on a work from this source