Se7en wins on M! Countdown with "Better Together" again 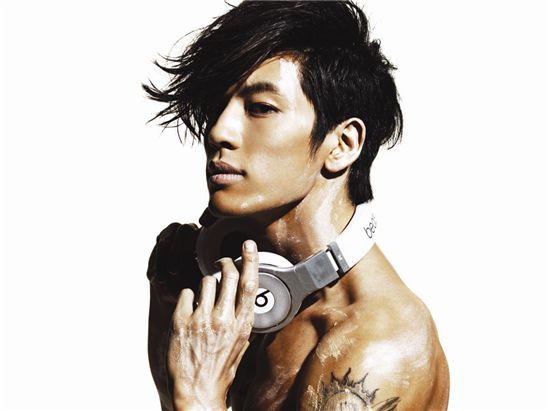 Korean singer Se7en, returning to the local music scene after three years and eight months, took the No. 1 spot on Mnet's televised music show "M! Countdown" with his latest single "Better Together" once again this week.

The singer, up against Korean songstress G.Na's song "I'll Back Off", scored his second consecutive win on the cable music channel's Thursday evening show.

He thanked his fans for supporting him while congratulating his agency YG Entertainment's CEO Yang Hyun-suk on the birth of his daughter born earlier in the day.

Se7en had taken his first win on the show last week, on the day he gave his comeback performance where he sang "Digital Bounce" and "Better Together". He was joined by Big Bang member T.O.P (Choi Seung-hyun) on stage for the song "Digital Bounce".

Born Choi Dong-wook, Se7en, began training under YG Entertainment at the age of 15. He made his debut four years later in 2003 with his album "Just Listen", releasing several albums in Korea and Japan before leaving for the United States in 2006 to pursue a music career there.

He recently released his mini-album "Digital Bounce" which has fared well on various online and offline music charts since going on sale on July 21.

"Se7en wins on M! Countdown with "Better Together" again"
by HanCinema is licensed under a Creative Commons Attribution-Share Alike 3.0 Unported License.
Based on a work from this source