Se7ven to Release Album in U.S. 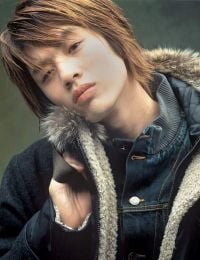 The date 7/7/2007 has proven to be auspicious for singer Se7ven.
His sixth single album released in Japan took the Se7venth spot on the Oricon music chart, while his concert in Tokyo as part of his 2007 Japan tour has ended successfully.

Se7ven has held his tour since June 30 along with a live band, drawing some 30,000 viewers. At his concerts, the singer showed off impressive dance moves and demonstrated his skill at playing the guitar and drums.

Se7ven captivated the hearts of his female fans by showing off his muscular body at his outdoor concerts despite heavy rains, and sang his Japanese debut song "Light" along with his fans. Se7ven's Japanese tour came as his last event this year prior to his upcoming debut in the United States, and drew some 300 Korean fans as well.

The singer will promote his new single album this month in Japan and leave for the U.S. in August to begin the recording of his debut album in that country.

Se7ven says he has been unable to perform in Korea as much as he originally planned this year, but will work hard to achieve his ultimate goal of releasing an album in the United States.