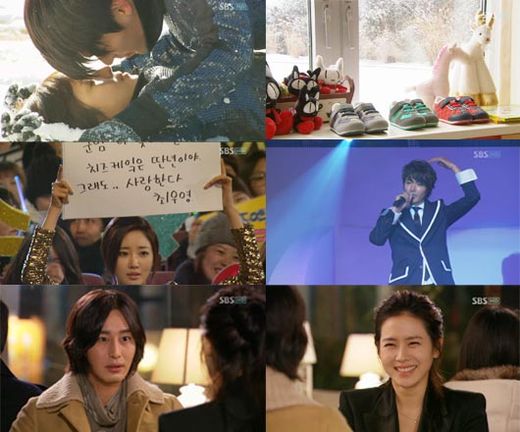 "Secret Garden" which had its finale on the 16th after having taken over in three months, turned out to be scriptwriter Kim Eun-sook's (39) true story.

She says, "I wanted to convey the message that magic of like could be made after going through hardships".

After famous lines like 'baby lets go' in "Lovers in Paris" and 'hey pink sit down', viewers have been mesmerized in "Lovers in Prague", "Lovers" and "On Air".

Writer Kim says, "I didn't have money to buy books so I used to daydream or write children's poems. The encouragement I got from my teacher, who instead of punishing me, motivated me to become a writer".

Due to unstable income, she had to live in a semi-basement 300 thousand won (about US$300) rent until 2003. In the drama "Secret Garden" Gil La-im is also a stuntwoman who lives a hard life in a 300 thousand won rent room. The writer had dramatized her life from back then.

Netizens are curious about how writer Kim must be feeling now that the drama is over. "There have been many difficulties and I wonder if she is relieved or disappointed", "I hear Gil La-im's 300 thousand won rent is actually writer Kim Eun-sook's story and I think experience is gold".