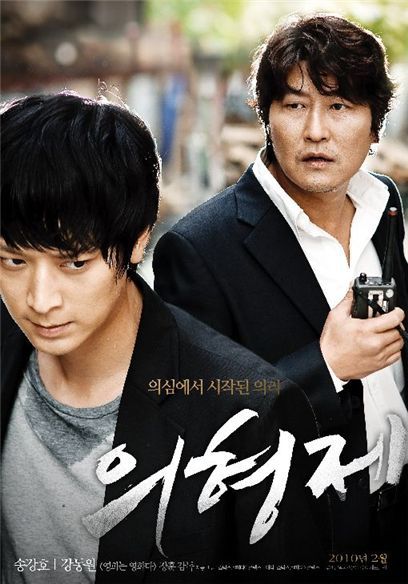 Korean movie "Secret Reunion" remained the most popular film in South Korea for the second week in a row, according to estimates on Monday.

Data released by the Korean Box Office Information System (KOBIS) indicated that the action flick hung onto spot atop the local box office, selling 726,116 tickets between February 12 and 14 and over a total two million since its release in early February.

"Secret Reunion" is about the rendezvous of a former South Korean intelligence official, played by Sang Kang-ho, and North Korean spy, played by Gang Dong-won, meeting six years after their initial encounter.

Newly released Hollywood film "Percy Jackson & The Olympians: The Lightning Thief" entered the chart at No. 2 with 442,573 admissions while Korean drama "Harmony" starring actress Kim Yunjin fell back a slot to third with 298,985 moviegoers during the weekend.

James Cameron's "Avatar" also went down a spot to take fourth place on the chart but claimed the title as the second most-watched movie to date by garnering over 12.3 million admissions since its release late last year. "Avatar" now ranks above Korean film "The King and the Clown" and trails only behind Bong Joon-ho monster pic "The Host".

Other movies in the top ten were "Confucius", "Cloudy With a Chance of Meatballs", "The Wolfman", "Valentine's Day", "One Piece Film: Strong World" and "Le Grand Chef - Kimchi War".

""Secret Reunion" takes another win on Korean box office"
by HanCinema is licensed under a Creative Commons Attribution-Share Alike 3.0 Unported License.
Based on a work from this source