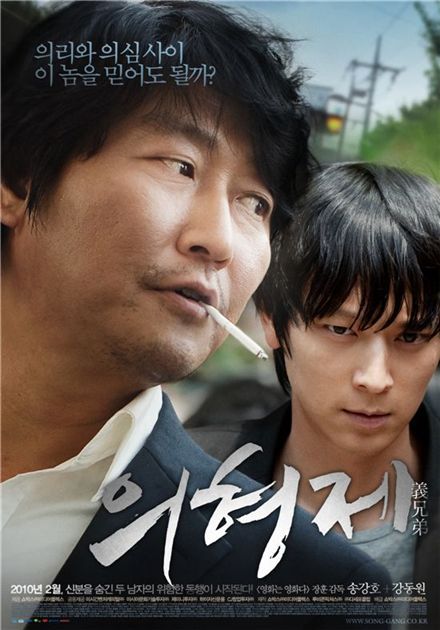 Korean film "Secret Reunion" and "Harmony" took over the Korean box office over the weekend to end the reign of Hollywood blockbuster "Avatar", estimates showed on Monday.

According to figures by the Korean Box Office Information System (KOBIS), newly released action film "Secret Reunion" knocked out seven week winner "Avatar" out of the top spot by selling 741,552 tickets between February 5 and 7.

"Secret Reunion", about a former South Korean intelligence official and North Korean spy who re-encounter each other six years after their initial meeting, stars actors Song Kang-ho and Gang Dong-won who play the role of the failed agents.

While "Avatar" fell back two slots to No. 3 with 363,639 moviegoers over the three-day period, the James Cameron mega-hit pic hauled in an accumulate 11.9 million viewers since its release to become the third most-watched film in Korea's box office history.

Other movies in the top ten were "Le Petit Nicolas", "Attack the Gas Station 2", "Did You Hear About the Morgans?", "I Hate Valentine's Day", and "Astro Boy".

""Secret Reunion" takes first win on Korean box office"
by HanCinema is licensed under a Creative Commons Attribution-Share Alike 3.0 Unported License.
Based on a work from this source