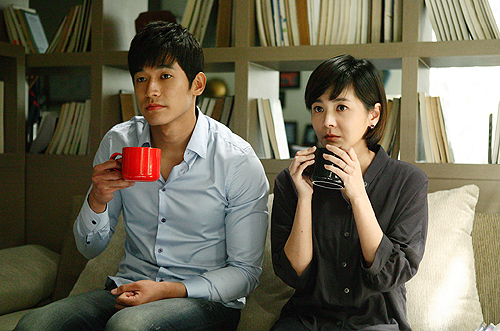 Korean production company Film Front has announced that "Secrets, Objects", directed by Lee Young-mi, has sold to Sundream Motion Pictures in Hong Kong. The romance stars Jang Seo-hee as a 40-year-old sociology professor preparing a dissertation on extramarital affairs and Jung Suk-won a 21-year-old student who enrolls in her seminar.

Film Front stated that "Secrets, Objects" attracted attention from buyers in Busan at the Asian Film Market this year. Lead actress Jang Seo-hee 's growing popularity as a Korean Wave star in Chinese-speaking territories was an added advantage. Jang has featured in films such as "Ghost House" and "My Captain Mr. Underground" but also has a base in television dramas such as "OB and GY".

"Secrets, Objects" is Lee's debut feature film. Her previous filmography includes the short films "Oil & Water" (1997) and "Cabby" (2001) that screened at international festivals in Brazil, Berlin, San Francisco. A graduate of the National Film and Television School in the United Kingdom, Lee also has experience working on films such as "Notting Hill" (1999).

""Secrets, Objects" sells to Hong Kong"
by HanCinema is licensed under a Creative Commons Attribution-Share Alike 3.0 Unported License.
Based on a work from this source