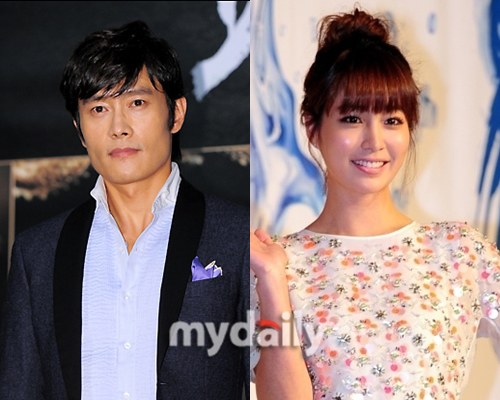 To-be wed Lee Byung-hun and Lee Min-jung's expected cost for the wedding was revealed on the episode of the MBC program "Section TV".

A wedding planner on this day estimated a very expensive wedding between the two of them.

She said, "The food usually costs more than 100 thousand won per person and the hotel itself costs 150 million to 200 million won. It depends on the number of guests on that day but the two of them have a room which fits up to 1200 people. The cost is 120 million won".

"Lee Min-jung knows many people when it comes to dresses so she might spend a lot of money, perhaps up to 500 million won on her dress.

The two acknowledged their relationship in August last year and they are getting married on the 10th of August this month.

""Section TV" Lee Byung-hun and Lee Min-jung's wedding cost "
by HanCinema is licensed under a Creative Commons Attribution-Share Alike 3.0 Unported License.
Based on a work from this source