Sector 7 and five other Korean films to screen at Tokyo 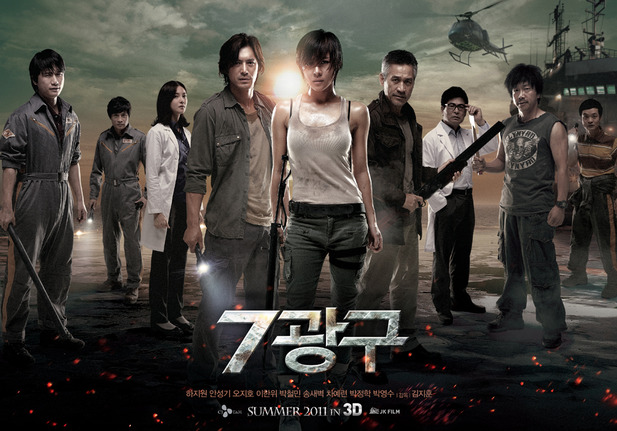 The upcoming 24th Tokyo International Film Festival (TIFF) has invited six Korean films including the sci-fi film Sector 7 as a Special Screening. The other Korean films include Kong Quee-hyun's mystery "U.F.O". and Na Hong-jin's thriller "The Yellow Sea", which will be in the Winds of Asia section.

The Tokyo film festival has often been used as a strong launchpad for foreign films that are released later at the competitive Japanese box office. The 3D underwater creature feature "Sector 7" is due for release in Japan on Nov. 12, 2011.

A restoration of Korean master filmmaker Kim Ki-young's 1961 film "Hyeon-hae-tan Knows" (a.k.a. "The Sea Knows") will have a screening in the Winds of Asia-Middle East - Discovering Asian Cinema: Film History à La Carte section. The film follows the story of a young Korean man conscripted into the Japanese colonial army during WWII and what happens when everyone is killed in an air raid but him.

"One Shining Day" and "Two Rabbits in Osaka" will both screen in the Winds of Asia-Middle East - SUGINO Kiki: Muse of the Asian Indie Cinema section. The showcase focuses on the work of actress and producer Sugino Kiki, who has produced and acted in several films across Asia. "One Shining Day" is an omnibus film from 2005, directed by Kim Seong-ho, Kim Jong-kwan and Min Dong-hyeon.

"Two Rabbits in Osaka" (2011) is a sci-fi drama directed by Lim Tae-hyeong. The film tells the story of a man and a woman who have thus far survived a mysterious disease that has wiped out 90% of the human race. With only a few more hours left to live, they decide to spend the time together.