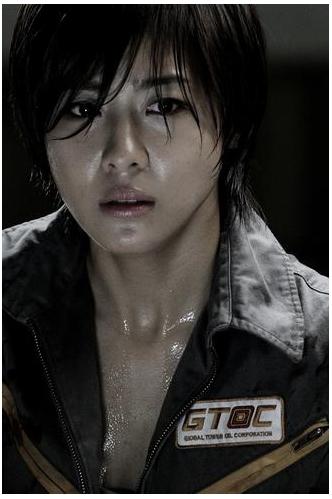 The accumulated number until 6PM on the 7th is 1,050,342 and it made sure the negative evaluation in the movie preview was put to shame.

According to the Film Promotions Organization statistics, "Sector 7" which was released at 6PM on the 4th, gathered 180,000 audiences in half a day, jumping over the opening score of "Haeundae" and "Take Off".

The only movie to hold record for biggest number of audience in 2 days is "The Host" (2006).

The first national 3D blockbuster "Sector 7" was evaluated to be weak in scenario at the movie preview and had to postpone its release time until later for editing.

""Sector 7" drives through 1,000,000 in 3 days"
by HanCinema is licensed under a Creative Commons Attribution-Share Alike 3.0 Unported License.
Based on a work from this source