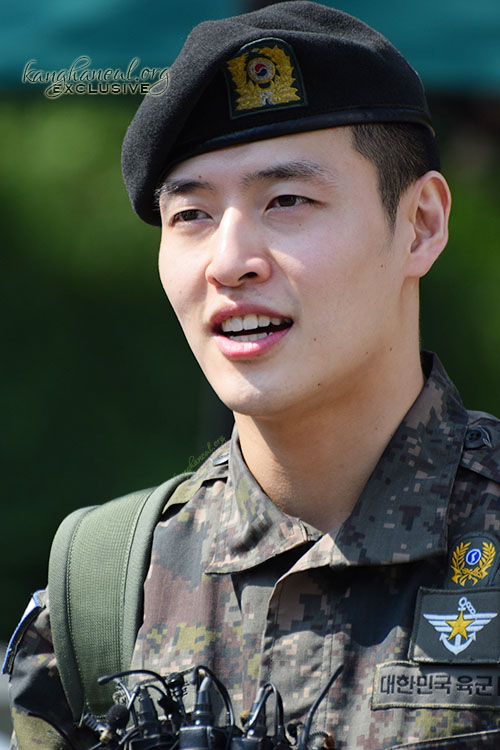 Are you excited see Kang Ha-neul transform into police officer Yong Sik in KBS2 TV series "When the Camellia Blooms"?

A representative from SEM Company, Kang Ha-neul's agency has confirmed that the actor will start shooting his scenes on June 12 (Wednesday). Filming will take place in Seoul.

"When the Camellia Blooms" is Kang Ha-neul's comeback project following his discharge from military service on May 23, 2019.

This romcom mystery-thriller TV series revolves around Dong-baek (played by Gong Hyo-jin) and her daily interactions with The Good Man, The Bad Man and The Petty Men as she manages her bar Camellia.

Kang Ha-neul will play the role of The Good Man, Hwang Yong-sik. He is an officer who works at the local police station where Camellia is located.

According to its production company, Pan Entertainment, the TV series will be released on 18 September 2019.

"SEM Company confirms Kang Ha-neul's first shooting date of comeback drama"
by HanCinema is licensed under a Creative Commons Attribution-Share Alike 3.0 Unported License.
Based on a work from this source