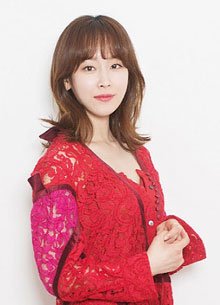 Actor Seo Hyun-jin established herself as an actress after the success of her recent TV series, "Oh Hae-Young Again" on cable channel tvN, which ended last week.

"I couldn't say I was an actress until last year as it was uncertain for me to get a role after the other, or even start a new project".

In the soap, Seo played an ordinary woman who gets involved with another woman of the same name who is pretty and smart. She showed great acting skills, portraying the comedic and lovable character so well.

The soap skewed to women in their 20s to 40s who might sympathize with difficulties the protagonist faces, as they similarly struggle, experiencing social discrimination and other difficulties.

"I had many moments that I felt miserable, so I could easily relate to the role in the soap", Seo said.

Seo made her debut in 2001 as a member of girl group M.I.L.K., but soon after she had to turn to acting as the four-member group disbanded after releasing their first album. But she had a hard time, failing to catch viewers' attention.

"I kept going to an acting agency because I didn't have the courage to try something else. Now, I'm very pleased to have fans who are moved by my acting", she said.

When asked what roles she wants to do for her next project, she said, "I hope to play a character with good conversational skills such as a lawyer or a trickster, but any role will do".

"Seo Hyeon-jin Reckons Next Project as Hit TV Series Ends"
by HanCinema is licensed under a Creative Commons Attribution-Share Alike 3.0 Unported License.
Based on a work from this source