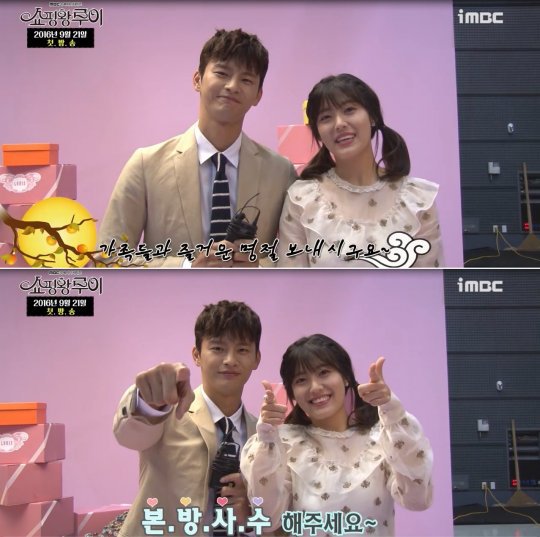 Seo In-guk and Nam Ji-hyun were released on footage through the drama's official homepage and Naver TV. They said, "Have a happy Chuseok with your family. We hope you tune into our drama on the 21st.

The two of them are smiling brightly and this increases anticipation for the drama "Shopping King Louis".

"Shopping King Louis" is a romantic comedy between shopping king Louis and Ko Bok-sil. The first episode will be seen on the 21st of September.

"Seo In-guk and Nam Ji-hyun, "Shopping King Louis""
by HanCinema is licensed under a Creative Commons Attribution-Share Alike 3.0 Unported License.
Based on a work from this source