Seo Kang-joon in "The Murder" 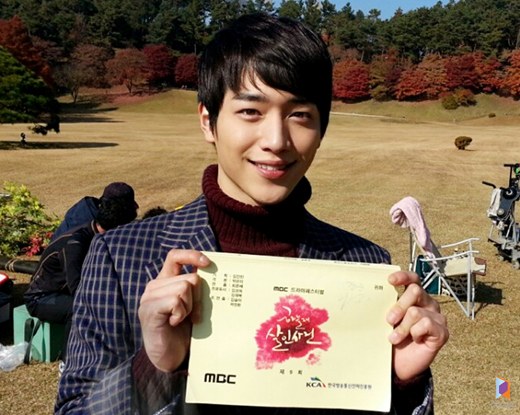 Actor and member of Surprise Seo Kang-joon is co-acting with Moon So-ri.

He's staring in the MBC drama festival "The Murder" was Jeong Yoon-ha.

Moon So-ri has already been cast for this drama which is based in the 1950s war.

Seo Kang-joon takes on the role of a 19 year-old student named Jeong Yoon-ha who goes through hills and mountains but doesn't lose his genuine heart.

Apparently his crying act when meeting the production for the first time left a good impression and it was good to see his eagerness towards acting. The production anticipates an excellent drama.

Seo Kang-joon said, "I am honored to star in my first lead role alongside Moon So-ri as well. I hope to learn a lot and improve further".

"Seo Kang-joon in "The Murder""
by HanCinema is licensed under a Creative Commons Attribution-Share Alike 3.0 Unported License.
Based on a work from this source